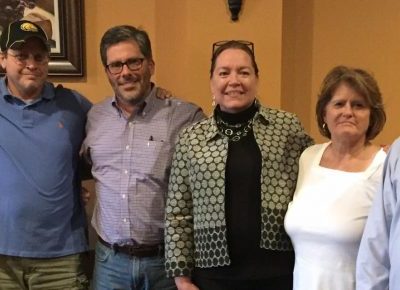 Glasgow Daily Times reunion ends with ‘Let’s do it again’

Current and former staff members of the Glasgow Daily Times gathered last weekend for a reunion. The idea came to the group as some gathered a few months ago for the visitation and funeral of former GDT editor, Joel Wilson. Several did comment on the sadness they felt without Joel being present. Newsroom group (top photo) is (from left), reporter […]

So Franklin County wants to start a newspaper of its own, huh?

Franklin County wants to get into the newspaper business; maybe the State Journal should get into governing

From The State Journal, Frankfort

The Franklin County Fiscal Court voted to authorize a partnership with TCHQ Communications to develop and publish a quarterly publication. County Attorney Rick Sparks said the fiscal court would need to work out more details before officially going forward with the partnership. The publication would be titled “Franklin County News,” with the intention of improving communication between the county government […] 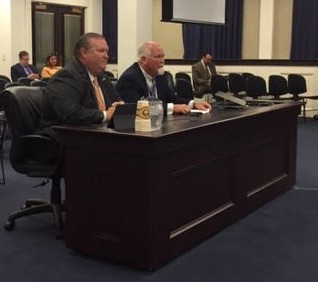 For the past 27 months, the staff of a legislative committee has had the task of studying public notices required by state mandates that public agencies have to publish in newspapers. At the assignment of then Program Review and Investigations Committee co-chair, Sen. Chris McDaniel, the staff was to investigate the costs of public notices to local and state agencies […]

Delinquent tax list publication: Proof positive these can be break-even to money-making propositions for county clerks

During the hearing, the Kentucky Department of Revenue made comments on the LRC’s study of public notices. The department kept its comments to one important public notice required to be published in newspapers: Delinquent tax lists. Personally, I’ve long argued that if a sufficient number of those whose names appear did in fact pay their tax bill, and the resulting […]