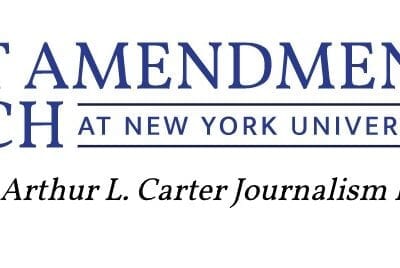 Memo from First Amendment Watch for KPA members In response to the recent protests around the country, First Amendment Watch, a project of New York University’s Arthur L. Carter Journalism Institute, has created a guide for journalists and citizens advising them of their First Amendment right to record police. The guide discusses important legal concepts, such as the right to […]

Calls on officials to thoroughly investigate any instances of violence committed against the media, whether perpetrated by members of law enforcement or others From America’s Newspapers Senator Edward J. Markey (D-Mass.) has announced introduction of a Senate resolution condemning attacks against members of the media and reaffirming the centrality of a free and independent press and peaceful assembly to the […]