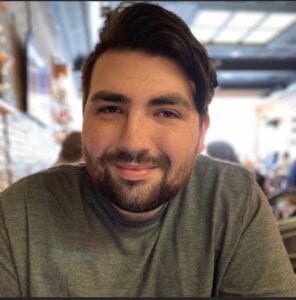 I refuse to be confined by word limits, so go ahead and buckle up. At the time I started my KPA internship with the Citizen Voice & Times, I wasn’t feeling good about my prospects in this field. I was a pretty good columnist, but I had always felt that my skills in news writing were lacking. I was beginning to consider shifting over from doing newspaper work to television production. Not that there’s any shame in tv work, but it’s not what I love. From my first visit to this beautiful old building in Irvine, I started feeling excited about writing again.

Day one of the internship I took a ride with the county sheriff to cover a major animal abuse story. It was a horrific sight, and the first time I’ve ever encountered the dark side of this line of work. But it was an important day for me, not only in reporting on something so important, but in discovering that I could do it.

In the weeks that followed, I’ve got to cut my teeth in ways that I never have before. I’ve got to cover a really wide variety of stories and still get to write as many columns as I want. Even menial tasks like writing up the police beat or obituaries were things that I got to experience for the first time here. Lisa (Bicknell, the editor) essentially just threw me right into the middle of things and I’m so thankful for that. I’ve written for several publications and learned something from all of them, but this is the first time I’ve felt like one of them has actually prepared me for what to expect when I actually get hired somewhere.

I was also given a lot of freedom in what stories I pursued. I got to write a three-part story on restoration efforts for a historic old movie theater. I can’t stress enough how big of a deal that is for me on a personal level. That’s like my two favorite things smashed up together.

Probably the most important thing I picked up during my time here was discovering the community elements that play such a large part in journalism. Everything is connected in one way or another. I spoke to the town Santa Claus for a story on a charitable event he was playing a part in and that ended up leading to the aforementioned movie theater series. A source for a story about a local campground ended up playing a big hand in helping for a separate story about a historic landmark. I even had requests from people in town that I specifically do a story about a certain event or business. I can’t even begin to describe the emotions I felt when I found out about those requests. They were somewhere between “butterflies in the stomach” and “manly tears.”

This internship has been one of the most formative experiences in my adult life. Not only do I  know that I’m doing what I’m supposed to do, I know that I’m good at it too. I think that’s really all you can ask for. I spent my summer learning about this field in ways I never had before, and I got to do it surrounded by an amazing group of people in an amazing little town.

All that money was really nice too.