First it’s to the largest gathering of education beat journalists 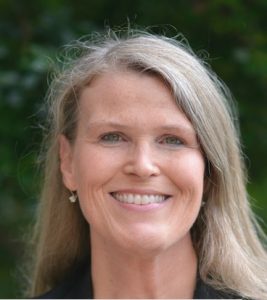 The EWA National Seminar, with the 2017 theme “A New Era for Education and the Press,” is the largest annual gathering of journalists on the education beat. According to the EWA’s website, the conference will provide education reporters with top-notch training through interactive sessions on covering education from early childhood through graduate school.

The seminar also will provide participants with greater knowledge of the latest developments in education, a lengthy list of story ideas, and a toolbox of sharpened journalistic skills.

Before entering academia, Shemberger had successful, award-winning reporting careers at newspapers and radio stations in west Kentucky, specializing in the education beat. Today, in addition to teaching, she covers the education beat for the Todd County Standard in Elkton. Since 2000, she has received numerous reporting and page design awards from the Kentucky Press Association.

Then it’s on to Scripps Howard Academic Leadership Academy

She also has been selected as a fellow for the Scripps Howard Academic Leadership Academy, June 11-14 at Louisiana State University in Baton Rouge.

The Manship School of Mass Communication at LSU partners with the Scripps Howard Foundation each year to host 12 to 15 participants in the academy. The program brings together professionals, scholars and administrators to help fellows learn about the challenges and rewards of leading an academic program.

To be considered for the academy, applicants submitted cover letters discussing their interests in academic administration, resumes and two letters of recommendation.

Shemberger is in her fourth year of full-time teaching at Murray State. In addition to her teaching duties, she serves as the department’s undergraduate assessment coordinator. She has published peer-reviewed journal articles, media education book chapters, and several public relations guidebook articles. She has presented at several academic and professional conferences. Her research interests include journalism history, sunshine laws, and pedagogy.

In 2014, Shemberger was named a Business Journalism Professors Seminar Fellow by the Reynolds Journalism Institute. One of 14 faculty members from across the nation, she completed her fellowship at the Walter Cronkite School of Journalism and Mass Communication at Arizona State University in Phoenix.

At Murray State, she is a Provost Faculty Teaching Fellow, presenting workshops and writing articles that focus on pedagogy and course redesign. She also served as interim director of the Faculty Development Center in 2016.

Prior to teaching in 2013 at Murray State, she served eight years as the assistant director of communication in the public relations and marketing office at Austin Peay State University in Clarksville, Tennessee. Her PR work was honored by two groups, the Tennessee College Public Relations Association and the Council for Advancement and Support of Education. She also was adjunct faculty in the APSU Department of Communication, APSU College of Business and the Murray State Department of Educational Studies, Leadership and Counseling.

Before entering academia, Shemberger had successful, award-winning reporting careers at newspapers and radio stations, specializing in the education and court beats. Today, she continues to cover the education beat. Since 2000, she has received numerous reporting and page design awards from the Kentucky Press Association.

Shemberger is a lifetime member of The Honor Society of Phi Kappa Phi and serves on the national board of directors, leading as chair of the advisory council for the organization’s Forum magazine. She also is chapter vice president at Murray State. She also holds memberships in the Sigma Xi Scientific Research Honor Society, Omicron Delta Kappa leadership honor society and several academic discipline-specific honor societies.