A little more about the 2018 KPA Fall Chapter Series 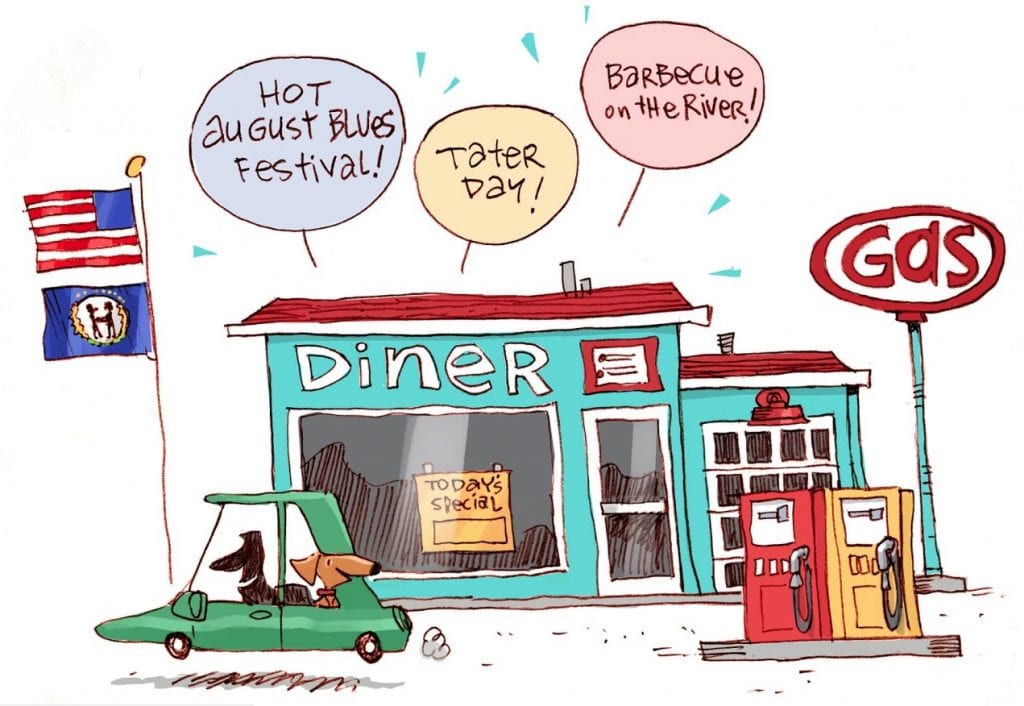 Now that’s saying something. The words come from Leigh Anne, Kentucky author and best known as “Mom” to the state’s most famous dachshunds, Woody and Chloe.

The 2018 version is titled ‘My Town’ but it’s about many of the festivals that happen in small towns across the Commonwealth. There are some in the spring and the summer and the fall. And they run from the Missississippi to the Virginia border, from Covington on the north to Cumberland along the southern border.

During these chapters we mention as many festivals as possible (Tater Day, BBQ on the River, Quilt Festival, Derby Festival, Apple Festival, among many others). Also, the pups realize that each person they meet is very proud of their town.