The phone rang Thursday and I was told it was from a person in Marion County. That’s all the information that was relayed to me. When I picked up the call, I learned it was from a school board member there and I thought, “Oh, here we go. Get ready to defend the newspaper.” 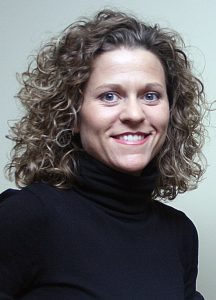 Nothing like that at all. The school board member wanted me to know that the Lebanon Enterprise did an outstanding job during that county’s effort to raise a nickel tax for the school system’s benefit and wanted to make sure the efforts of The Enterprise and especially general manager Stevie Lowery were recognized.

“She stood up at meetings and said this is just the right thing to do and the community must get behind the effort,” the caller said. “The Enterprise used its editorial page, used social media and every resource available to it to get this issue passed. Eight years ago, we tried it and it failed miserably. This time it passed and much of the reason is because of Ms. Lowery and The Enterprise.”

So to Stevie and the staff of The Enterprise, your efforts did not go unnoticed. Yeah, the caller said you might lose a few subscribers because there were a lot of people against the nickel tax. “But this newspaper went above and beyond, did exactly what a community newspaper is supposed to do and lead its people (readers). She did it in a very fair manner as well.”

Here’s part of the effort of The Enterprise, reaching out to those who signed a petition against the nickel  https://goo.gl/M4SkK6