A Sunshine Week example: It can make a difference when journalists are around to cover public agencies’ meetings

This is Sunshine Week, which reminds Americans of the importance of open government. It’s promoted by the American Society of News Editors, because journalists play a primary role in keeping government open and holding it accountable.

Sometimes, that watchdog role and the drive of journalists to seek the truth and report it can change the course of government business.

That happened this week in Midway, Kentucky, when the mayor proposed doubling the city’s insurance-premium tax to improve the town’s infrastructure, starting with repairs to the city’s iconic water tower, known as “the Tin Man” for its resemblance to the character in The Wizard of Oz.

The mayor suggested that Midway is so small that insurance companies do not pass the tax onto buyers of insurance policies, and one council member cited that in asking for a first reading of the tax ordinance. The council scheduled a special meeting for three days later for second reading and final passage to meet the state’s annual deadline for setting the tax rate.

The mayor acknowledged that he didn’t really know how insurance companies handle the tax. After the meeting, we checked with the state Department of Insurance and found that state law requires companies to note the tax on their bills, indicating that they do include it in the premium charge.

When we told the mayor that, he said: “We don’t need the revenue, but the Tin Man is a very expensive cosmetic project and we are currently leaving money on the table with these rates.” The city’s 5% rate is low compared to those levied by other Kentucky cities.

Our online Midway Messenger story reporting all this was published 24 hours before the special meeting. Less than three hours after publication, the mayor canceled the second reading of his plan, saying that he had been “under the impression that this kind of tax isn’t necessarily always passed on to the consumer. It appears I was incorrect.”

All this happened as The Woodford Sun, the weekly newspaper in the county seat of Versailles, was awaiting delivery of its print edition, after which it posts stories online. Its story, published after the cancellation, quoted a Versailles insurance agent as saying that the tax is passed on to customers. 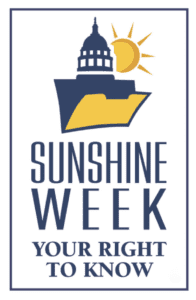 Midway Mayor Grayson Vandegrift told us the next day that after we told him about the law, “I started doing a little more research, and that was confirmed by other sources.”

This episode shows how journalists are watchdogs who keep citizens informed about what their elected officials are doing, and sometimes take a deeper dive and find information officials that don’t have.That happens less often these days, because newspapers have fewer reporters to be watchdogs. Ten years ago, the Los Angeles Times won a Pulitzer Prize for revealing exorbitant salaries that officials of Bell, Calif., had given themselves after community newspapers no longer covered their meetings. Who knows what else has gone on in other places like that?

Newspapers have taken some heavy hits in recent years, but their numbers have been declining for many reasons for more than a century. Midway lost its newspaper in 1942. The Institute for Rural Journalism and Community Issues at the University of Kentucky created the Midway Messenger mainly to give students real-world reporting experience, but also to provide hometown journalism for a community that wanted it – and to set an example for online journalism by community newspapers. We do Facebook posts before stories; that was the first notice that the 1,800 residents of Midway had of the mayor’s proposal, unless they were among the relative few who watched the City Council’s Zoom meeting on Facebook Live.

Newspapers have declined partly because most young people want their news delivered in 280 characters or less. They want their news fast and as it happens. In this case, a local government was acting quickly, requiring us to do likewise. And it all happened in the space of two days, in Sunshine Week.

Lauren McCally is a senior journalism major at the University of Kentucky and the spring intern for the Midway Messenger, a publication of UK’s School of Journalism and Media, in the College of Communication and Information. Al Cross is a professor in the school and director of its Institute for Rural Journalism and Community Issues, which publishes the Messenger.