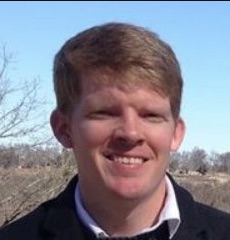 Adam Beam, the Frankfort-based statehouse reporter for the Associated Press for the past five years, is heading west to California. He has accepted a job in the AP’s Sacramento bureau to work in the statehouse bureau there. It’s described as a solid career move for Adam.

A statement from the AP announcing the move said: “One of the AP’s most versatile reporters, Adam has pivoted deftly from covering elections to working to gain a deep understanding of nationally significant health care and pension issues to chronicling a county clerk’s resistance to the U.S. Supreme Court’s ruling on gay marriage. He joined forces with our Tennessee staff in Gatlinburg when the wildfires broke out and sent back vivid, impactful stories about the devastation there.

“Despite losing its statehouse reporter in Kentucky, the AP has Bruce Schreiner ready to take the lead covering Frankfort and Kentucky politics. He knows the landscape and shares a trait of versatility like Adam.”

Adam’s first day working in Sacramento will be April 15.