First it was Princeton Times Leader publisher Chip Hutcheson who announced his retirement.

Then last week, Brad Hughes’ retirement was announced, including through On Second Thought. 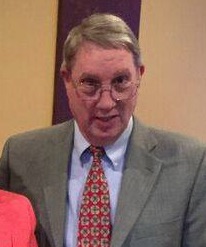 I doubt all 800 or so email addresses had received notice the On Second Thought was ready for viewing than Cliff Feltham emailed with his news.

Cliff’s been a great friend of KPA, joining the KPA Associates Board early on, serving as chair of that group and then really helping us with the Woody and Chloe Fall Chapter Series. Because of Cliff’s work, along with KPA Past President Kriss Johnson, funding for the series came forth with enough that we were able to supply about 200,000 tabloid format books so that kids could cut the stories out of the newspaper each week and at the end of the 10-week series, have a whole book of the completed series.

Cliff — Thanks for your support of Woody and Chloe and Leigh Anne Florence’s Fall Chapter Series. Because of your role and encouragement, we were able to introduce them to Kentucky grade schoolers, parents and grandparents through the pages of Kentucky newspapers. Best of luck to you in retirement!!