It was in late 1987 that KPS Ad Director Tony Spugnardi said he needed some clerical help, someone to help process advertising orders, keep up with placements and talk with clients when he was out of the office. 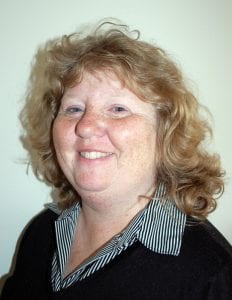 After talking with a teacher at Frankfort High School, Tony was given the name of Buffy Johnson. The teacher told Tony that Buffy was going through a school program to prepare her for work in a business and she might be a good fit.

Tony interviewed Buffy but told us she was too quiet, talked softly, seldom said a word during the interview. This being her first interview experience perhaps she was scared or unsure of how to conduct herself. Regardless, Tony said Buffy had potential but he needed someone with a little more pizazz.

If you knew Tony, you will remember that if you didn’t talk a mile a minute, you were too shy.

So in February, 1988, fresh from graduation at Frankfort High, Buffy came on staff.

She’s changed quite a bit, more talkative, more outgoing but she’s always been able to handle the workload, If you’ve been at a KPA Convention in that last 10 to 15 years, you’ve met Buffy, working at the registration desk and with trade show vendors. 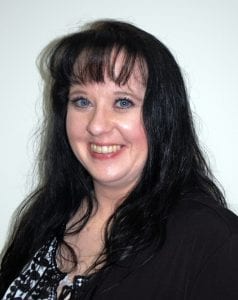 This week, Buffy, now Buffy Sams, told Bonnie and me the news we never wanted to hear. She’s resigning as of September 14 to accept an administrative type job with the Kentucky School Boards Association. After 30 years, Buffy leaving KPA/KPS will be a huge loss. That’s a lot of experience to be giving up. 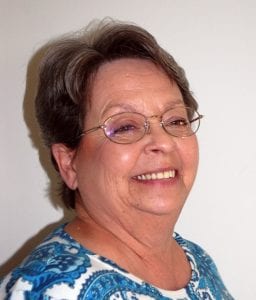 At the July 19 Board meeting, when the board was talking about adjusting staff hours in an effort to save salary expenses, I was asked, “What if one of them leaves. What are you doing to do then?”

I explained that the way we operate, staff members don’t focus on just one job. They’re introduced to the jobs others have because departments are intertwined and of the need to work together to get jobs done.

Holly has accepted and will be moving to the business department as assistant bookkeeper. Holly is no stranger on the staff either. She was with KPS for two to three years in the mid-’90s in the clipping service and when we sold that part of the business in 1997, she went with the new company. In 1999, we brought her back to work as an advertising clerk and has been with KPS since then.

Holly’s duties as mail and tearsheet clerk will be taken over by Sue Cammack, a 29-year employee as administrative assistant. Sue will retain those duties as well as helping sort newspapers and pulling tearsheets of ads placed by the KPS Sales staff.

So has Buffy changed the last 30 years? Very much so. She talks constantly, almost, but much of it is to herself. You can walk by her desk, see that she’s saying something, even though no one’s around, and you’ll find out she’s talking to herself. She’s making sure everything she does she’s followed the right steps to get the end result. If you’re a client with a past due balance, she’s practicing what she’s going to say. And she’s the best at collecting on accounts. If she’s a penny or two short on an invoice, or reconciling an account, she’ll talk herself through finding that one red cent before she goes asking Bonnie for assistance. They’ve been known to spend more than an hour looking for a couple of cents on an account.

We all wish Buffy the best and we know we have a very capable replacement moving into that position in Holly.