After 39 years ‘at home,’ Bob Hendrickson set to retire 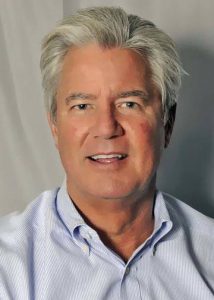 Is this a dream job or what? Spending 39 years at one newspaper. Working your way up from reporter to editor to publisher.

And at the end of it all, those 39 years, able to say, “I wouldn’t have traded it for any other career.”

Bob Hendrickson, publisher of the Maysville Ledger Independent, did just that. Took a job at MLI 39 years ago, right in his hometown, worked his way up the ladder from reporter and was able to stay right at home. Bob announced to his staff this week that he’s decided to retire December 30.

Said Al Cross with the Institute of Rural Journalism and Community Issues:

“I count Bob among the great publishers of our state. He usually sticks to his knitting in Maysville, but he has built and maintained a strong staff in his hometown, and been a strong advocate for good journalism thought he came up through the business side of the newspaper. He’s been a valuable member of the Institute’s national Advisory Board.”

Kellie Cracraft has been with the Ledger Independent for less than one-third of Bob’s tenure but she’s seen his involvement in and effect on Maysville the 12 years she’s served as the newspaper’s controller.

“Bob is a tremendous publisher,” said Kellie, “and is so involved in the community. He believes a newspaper’s role is to serve and to promote its community and Bob not only practices that, he wants the entire staff involved in what’s going on.

“As amazing of a publisher that he is, he is a strong leader within the entire community,” she added. Kellie has served the last two years as a State At-Large member of the KPA Board of Directors.

Hank Bond, publisher of the Greenup Beacon, has known Bob since the 1980s.

“He has always done a great job in all of his endeavors from editor to publisher. I wish Bob and his family a happy retirement. Maysville and Mason County is a better place because they had Bob at the helm. He was an obvious selection when Gary Quinn left. Bob made sure the paper served the community.”

The Lewis County Herald in Vanceburg is printed by the Ledger Independent but the relationship between Bob and The Herald publisher, Dennis Brown, goes beyond the client relationship.

“Bob Hendrickson has been my friend and mentor for many years. He has provided me with sound advice and guidance based on his years of experience as a reporter, editor and publisher.

“The Lewis County Herald has been printed by The Ledger Independent for several years. Bob has as much pride in the quality of our product as he does his own.

“I have called him early in the morning, late in the day, and while he was on vacation. Bob has always taken the time to assist me with advice, support and the direction we determined should be taken.

“He has seen many changes in the newspaper industry and has continuously adapted The Ledger Independent to meet the needs of his community and the wants of his customers. He successfully led the business into the digital age and has guided it through countless redesigns.

“When the owners were looking to build a new state-of-the-art facility for the paper, Bob successfully worked with city and business leaders in negotiating to keep the offices and press in downtown Maysville.”

Dennis is the elected Board member from District 8 that includes Mason County.