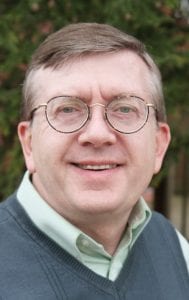 Jeff spent five years in radio news and then worked as publisher and editor for a family-owned newspaper for 13 years before moving to the Carrollton News-Democrat. That was 2003 and in that time, he’s been at the News Democrat as well overseeing the Owenton News-Herald and Trimble Banner in Bedford. More recently, he added the Cynthiana Democrat and the Grant County News to that list.

Jeff has served several terms as the District 7 KPA Board of Directors representative, a position he’ll give up with his retirement.

We’ll be conducting a special election for District 7 in the near future for a term that will continue through January, 2024. Jeff was re-elected to the Board in January for another three-year term.

Our best to Jeff!

Bryan Marshall, GM and editor of the Grant County News, has submitted his resignation effective September 8.

He has a couple of opportunities but will be focusing his career in communications/public relations.