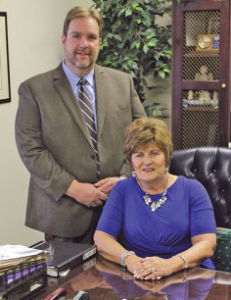 Alice Rouse is shown with Ledger & Times publisher Mike Davis after turning over the reins of the Calloway County daily to him.

2006 KPA President Alice Rouse, and former publisher of the Murray Ledger & Times, is venturing into politics. She’s announced her candidacy to run for City Council of Murray.

Here’s the story from the Ledger & Times on Alice’s first foray into politics: ALICE ROUSE CANDIDACY