Alleyne leaves Kentucky New Era as editor; began her career as a KPA intern with Madisonville 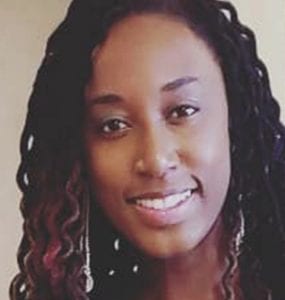 Zirconia Alleyne has resigned as editor of the Kentucky New Era, effective Oct. 7.

Alleyne, 30, Hopkinsville, is leaving to pursue opportunities with her food truck company, Vansauwa’s Tacos and Vegan Eats, which she co-owns with her boyfriend, Desaepa Vansauwa.

“When the COVID-19 pandemic began, I had no idea how busy our food truck would become,” she said. “I love both local journalism and cooking professionally, but it has become nearly impossible for me to manage both very important roles, and I’ve decided it is best for someone else to take the New Era into its next chapter.”

Paxton Media Group will hire a managing editor to fill the role.

She assumed the role as editor in late 2018 after serving as the newspaper’s features and magazine editor for nearly five years.

After graduating from Hopkinville High School, Alleyne studied at Western Kentucky University. While attending WKU, Alleyne served as a reporter, features editor and columnist for the College Heights Herald, the college’s nationally recognized and award-winning student newspaper. She was also a staff writer for the Talisman, the school’s yearbook publication and semiannual student lifestyle magazine.

After earning her bachelor’s degree in journalism, Alleyne joined the Madisonville Messenger as a staff writer through the Kentucky Press Association’s intern program. She joined the New Era staff as a community writer in February 2013.

Within one year, she was promoted to special projects coordinator and later features editor, overseeing the newspaper’s weekend Faith & Living section and midweek Food page, as well as the company’s several magazine titles.

One Kentucky record tradition keeps on during Jan. 20 InaugurationPostage increase goes into effect SundayMy sister had to do some reading; I wanted to make her but then she already had done it