Allison Evans to serve District 2 on KPA Board; she’s a legacy as father served as KPA President 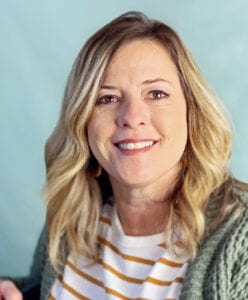 Allison Mick Evans, whose father served as president of the Kentucky Press Association/Kentucky Press Service in 1979, has been selected to serve as District 2 KPA Board member. KPA recently announced that Josh Givens had been elected to serve another three-year term on the board but he left the Central City Leader News the following week.

That created a vacancy and the process started over again. She will begin her term immediately and serve through the January 2024 KPA Winter Convention.

Allison is a third-generation owner of The Crittenden Press, a weekly newspaper in Marion that has been published continuously since 1879. It’s the second oldest business in the county.

Allison and her husband, Chris Evans, have been publishing the newspaper for more than 20 years.

Allison has served as a director for numerous civic and community groups and she is past recipient of the Crittenden County Chamber of Commerce’s Unsung Hero and Community Service Awards.