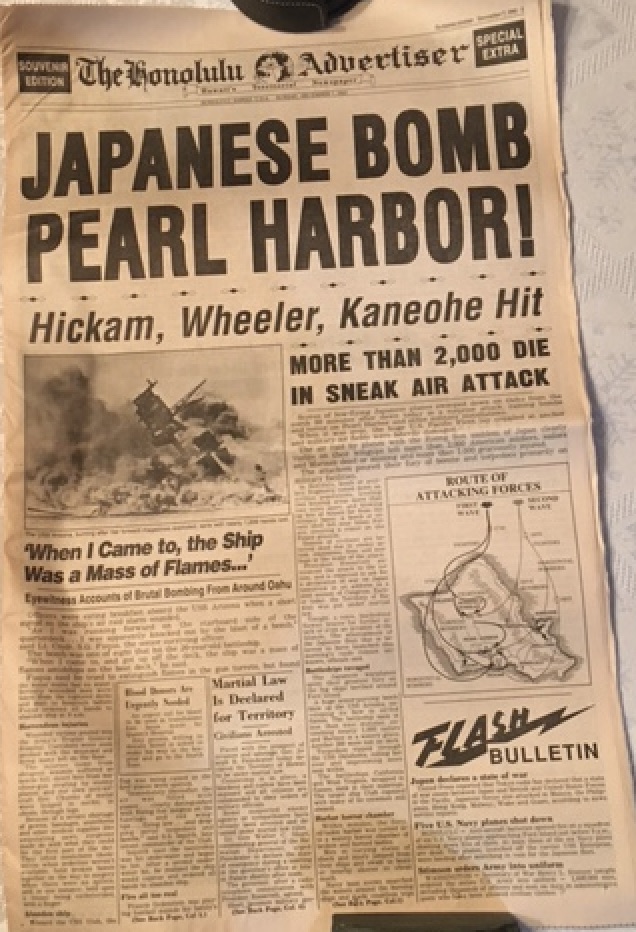 Souvenir editions from December 7, 1941, left in storage shed in Columbia

Brother-in-law Jon Conover was clearing out a storage shed in Columbia (KY) a few days ago when he found some rolled up newspapers. He figured they might be some old Kentucky newspapers, perhaps even early ones from Adair County.

But as he unrolled the stack, he found something special.

There were three papers, all from December 7, 1991, and all from Hawaii.

But inside were copies of the newspapers’ editions from December 7, 1941, the day the Japanese bombed Pearl Harbor.

It was the 50th anniversary of the day that “will live in infamy” and all three had a similar tribute through the special section. The pages of the day the bombing took place.