An ‘old hat’ returns to the news biz 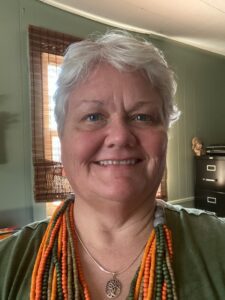 This week I officially took over as editor of the Oldham Era, and I’m very excited about it.

More so than I expected, honestly.

Journalism, especially community news, has been my thing since college. It’s hard work, but it’s also a profession that can give you access to so many things “normal” people can’t do or see.

For example, I celebrated with friends on the Mall in Washington, D.C., to ring in the new Millenium – 2000. That was just a couple of weeks after I had moved to D.C. to continue as a copy editor for Stars and Stripes, the military newspaper for U.S. Armed Forces stationed overseas. For all of 1999, I had been living in Tokyo at the Hardy Barracks compound, where we published the Pacific Edition of Stripes.

I’ve met and interviewed political leaders, some celebrities (Dana Carvey was my favorite, and most famous) and got full media access to events, including the 1991 Miss America Pageant in Atlantic City. I wasn’t a true fan, but it was very exciting to see the celebrities and watch the pageant from the foot of the runway.

Once I had an opportunity to ask a question during a press conference with former President Gerald Ford. Don’t ask what that question was. All I remember is rewriting what I wanted to ask for about 10 minutes before raising my hand.

But after 30 years in a business that I watched shrink to a mere shadow of what it was when I started as a cub reporter in Fairfield, Conn., I was totally burned out. In 2015, I left to try new things.

During that time, I learned a lot about myself – mostly that there really is nothing  that beats a regular paycheck and affordable health insurance.

It was the break I needed. I was flattered when a former colleague called me in November to see if I might be interested in coming to work for Paxton Media Group. My first instinct was, no way in haedes. But, I started to think about what it might be like to come back now. I needed that break to get away from how we used to do things so that now I feel I can look at the role of a community newspaper in a media-saturated world with fresh eyes.

Coming in, I know this is not an easy job and, at times, is about the most thankless job there is. But, it can also be the greatest and most gratifying job a person could want.

While much is the same, there is a lot about journalism that is different. Technology will never allow us to go back to the old days. So, I’m excited to look to the future and try to figure out how we need to serve our communities with what we have today.

I invite anyone to feel free to contact me with input about what you’d like to see in the Era, ideas you might have for stories, and suggestions for helping us ensure we are bringing you the news and information you need, every week.

In the last few years I worked with Landmark, I served as a “roving” editor, going to whatever paper in the company was short-handed. It was a lot of fun, because the one thing I got to do was get familiar with all the different towns and the people who lived there.

I already know there are great shops and places to eat. But now I’ll get to scratch beneath the surface. You know, just like a local would do.

Phyllis Codling McLaughlin has been a reporter, writer, editor, photographer and page designer since the days of amber screens and desktop word processors that held less memory than a DVD.
Her other passions include history and genealogy, particularly using commercial DNA testing with traditional genealogy research to find unknown parents or to break down brick walls. She lives with her husband, three dogs, two cats and some tropical fish in Milton, Ky.