Anderson News has the trophies to prove being the best weekly 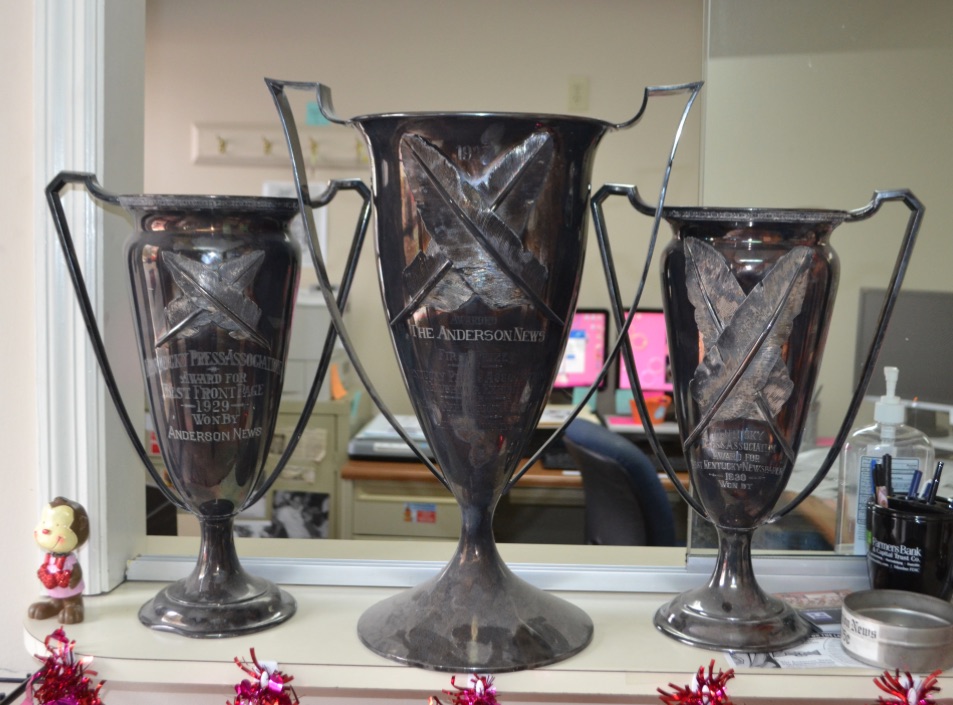 These three trophies — from 1927, 1929 and 1930 — were presented to the Anderson News by KPA as a result of news contests conducted those years.

Walk into the Anderson News’ office in Lawrenceburg and you’re greeted with a framed full front page from 1927. The lead story announces that the Anderson News was just named the Best Weekly Newspaper in Kentucky.

I’m sure other newspapers have similar framed articles around the office but I wonder how many still have the trophies to prove it. Yes, trophies! Not hang-on-the-wall plaques.

As we approach the first 150 years of KPA, in January, 2019, I hope to find more stories and artifacts about KPA and newspaper histories as we look for ways to celebrate.

Last week, I included a photo of a 1914 gavel presented to KPA by a T.W. Gunn. (Read more on him in a related story this week). Bobbie Bryant, with the Kentucky League of Cities, saw the article and sent me some files she found on newspapers.com and I’ll be using that in the future.

This week, I’m showing the three trophies the Anderson News won over a four-year period.

What do you have around the office to share that has ties to KPA? Just take a picture, give me the story/stories behind it and email to me. I’ll use them in the coming weeks as we celebrate those first 150 years.