Another KPA Intern experience: Dialing down the impatience 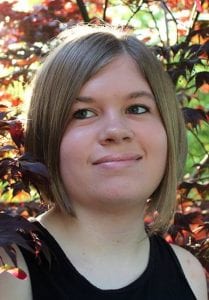 When I started applying for summer jobs in December, I never dreamed I’d actually find a job doing what I like. I assumed I’d end up working in the kitchens at a summer camp or behind the counter at a retail store.

So when Kentucky Publishing Inc. called me up before spring break in response to my Kentucky Press Association internship application, I thought it was too good to be true—especially since I’d had some experience with job scams in the past year. But sure enough, KPI was a real, amazing newspaper company—and they wanted me to intern with them, starting in May.

Two months and about eighty articles later, the internship’s almost over, with two weeks left to go. And if you were to ask me what my biggest takeaway is, you might be surprised.

As an intern, I spend almost 40 hours at KPI each week, and I probably spend at least 75% of that time on the phone. Sure, I put a lot of work into my articles, but the writing process is pretty quick compared to the time it takes to find an interviewee’s phone number, call them up, set up a time for an interview and finally interview them.

That’s assuming I get to speak to that person on the first call, which rarely happens. More often, it’s a days-long process of leaving voicemails and messages until I get a hold of someone or they actually call me back. And even when I’m not tracking down interviewees, I’m usually calling up individuals and businesses about advertising, typically about display or classified ads.

My point? Be polite to people who work over the phone—especially telemarketers. They’re just doing their job. If you’re not interested in what they’re offering, don’t string them along or let them go to voicemail every time they call. Instead, simply tell them you’re not interested. It’ll save both of you a lot of time.

Patience is also key, in and outside of work. A few weeks ago, I sat through nearly an hour-long conversation with Amazon’s tech support about updating the software on my mom’s keyboard kindle so she could re-register it and download a library book. If I’d tried that last summer, I probably would’ve been rude and even hung up after the first ten minutes out of sheer impatience. But like I said before, anyone who works over the phone is just doing their job. There’s no reason to take out your frustration on them.

KPI has given me an in-depth look at the newspaper industry, but more than that, it’s taught me to be patient with other people—even if they make me listen to country music while I hold.