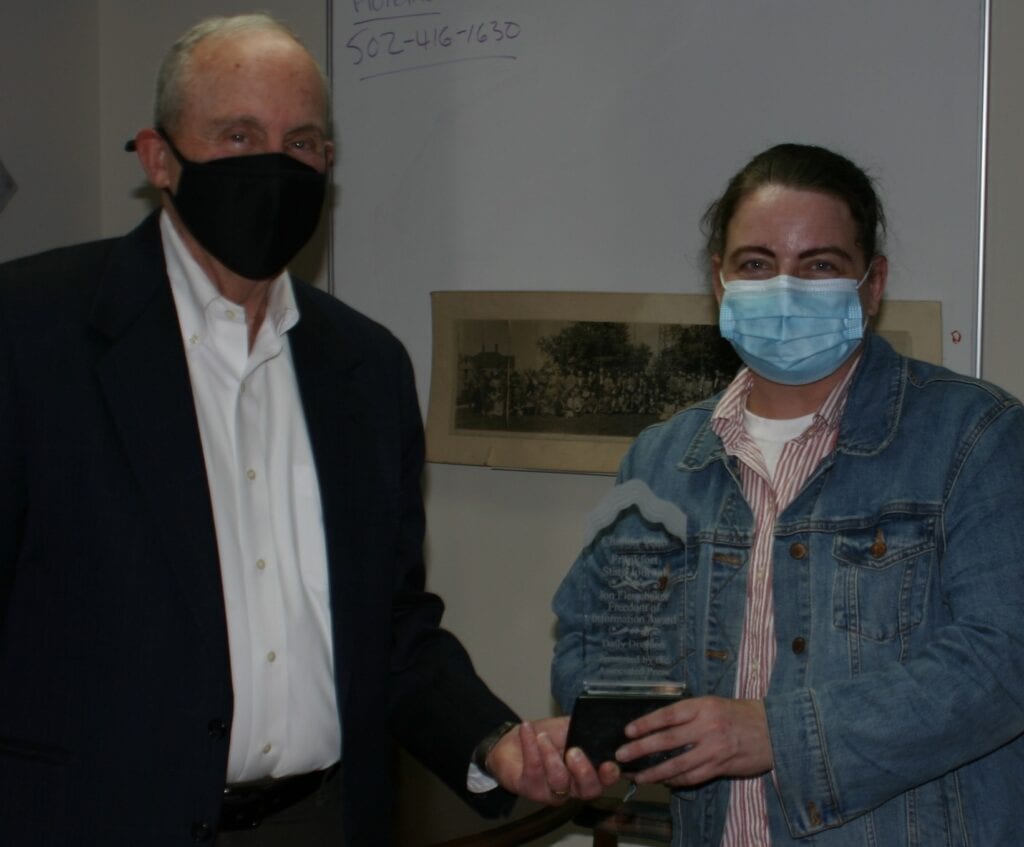 It was virtual in one respect, it was in-person in another.

Without the winter convention for award presentations to be made in-person, arrangements had to be made in other ways for special awards. That included the Jon Fleischaker Freedom of Information Awards sponsored by Adam Yeomans and the Associated Press.

So this week, arrangements were made to hand out those awards. Jon Fleischaker and the Daily Division Award winner, Chanda Veno from the Frankfort State Journal, were at the KPA office. They watched via Zoom as Adam Yeomans lauded each of the winners. Natalie Parks, with the Kentucky Kernel, won the Student Publication Award and listened as Yeomans congratulated her on a series of stories involving the University of Kentucky and Open Records. Chanda Veno was honored for a two and a half-year effort investigating the Franklin County Jail, taking advantage as well of the Open Records Laws.

Absent from the presentation was Weekly Division winner Ryan Craig, who was teaching a class at UK.

This is the second year the Associated Press has sponsored the Jon Fleischaker Freedom of Information Award. Jon, of course, is the father of the state’s Open Meetings and Open Records Laws in 1974 and 1976 and continues working on those laws as general counsel to the Kentucky Press Association. He also represents numerous other media organizations throughout the state because of his expertise on all First Amendment issues.

At the end of the presentations, Yeomans announced that for this year each recipient will also receive $250.