Ask and you will receive; news from the Oldham Era, Henry County Local, Campbellsville University

Last week, I invited newspapers to send me any news about staff members or their newspaper(s) and it didn’t take long for the inbox to start filling up.

My thanks for The Era’s and Local’s general manager Jane Ashley Pace for contributing to the call!! 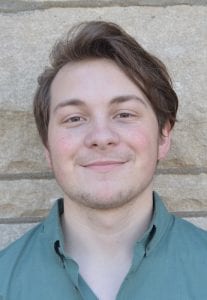 The Henry County Local is excited to host Collin Overton as a summer intern through KPA. He is going into his senior year at Eastern Kentucky University, where he serves as editor-in-chief of The Eastern Progress, EKU’s independent student newspaper. He will be writing news, features, sports and columns, as well as taking photos and boosting the Local’s social media presence. His goal is to create some enterprise projects and incorporate more multimedia and video into the Local’s stories. Collin said, “I’m ready to make the most of my eight weeks here, so I’m excited to see what’s in store.” 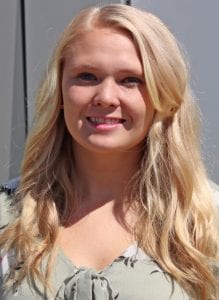 Sam Parker has joined The Oldham Era team as its newest reporter. Sam is from the small town of Blanchester, Ohio and studied at Ohio University to earn a bachelor’s degree in journalism where she learned the importance of being both a watchdog and a storyteller.

Sam credits the E.W. Scripps School of Journalism at Ohio University as a great place to learn about creating news, as it hosts many student-run publications and claims many successful journalists, including CBS Sports Reporter Allie LaForce. During the last summer of her college career, she completed editorial internships at both Cincinnati Magazine and Cincinnati Family Magazine. She is looking forward to putting what she has learned from her beloved alma mater to good use at The Oldham Era.

Having both grown up and studied in a small town, Sam believes local stories to be the most important, impactful and inspiring ones to tell. Although she is new to Kentucky, Sam hopes to learn as much as she can quickly so that she may tell Oldham County’s stories with the same amount of heart and fervor as an Oldham County native. 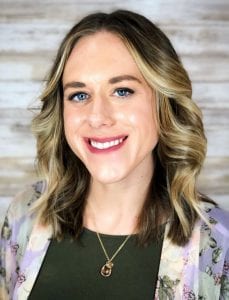 With the recent move of Chris Brooke to Memphis, Taylor Riley has taken over as the editor’s chair at Henry County Local. Taylor is originally from Lawrenceburg and went to the University of Kentucky for journalism. She was formerly the news editor at the Oldham Era and still lives on the Oldham County/Eastern Jefferson County line. For the last two and a half years, she was a producer and features writer at Louisville Courier Journal. She is an avid reader and writer and is in her last year of graduate school at Spalding University’s Masters of Fine Arts with a focus in Creative Nonfiction, where she serves on the Graduate Advisory Board and as a Graduate Assistant. Her essays have been published in Refinery 29, Eckleburg Review, Riggwelter Press and Santa Fe Literary Review.

Stan McKinney contributed too. Stan, of course, heads up the Mass Communications Department at Campbellsville University and he’s never one to shy from giving out some news items. Elsewhere in today’s On Second Thought, you’ll find two suggestions from Stan.

One is about the online degree programs available from Campbellsville and the pot sweetened with a 10 percent discount on tuition to KPA member newspapers. The other item from Stan is ‘Getting positive about negatives’ and his idea of preserving negatives in possession of newspapers.

The offer, the request still stands. Got news about your staff, your newspaper, special projects you’re involved with in the community? Send me some information and let your friends and colleagues around the state know what’s going on.