Attack of the morale-killing bosses 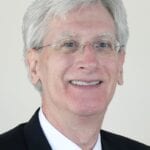 In my advertising and training career, I’ve observed – and heard about – a lot of boss-employee encounters. Some have been good, some have been bad.

All have been instructive. In many cases, we can learn as much from the negative incidents as we can from the positive ones.

1. The competitive boss. This kind of manager can’t seem to play fairly with others, especially if commissions are involved. Unfortunately, the competitive boss is in position to cherry-pick the best prospects. I knew of one company that relied on a notebook to log incoming leads. The boss was one of three people in the ad sales department, and the procedure was to alternate leads. The others on the team realized that she regularly deleted and re-designated the leads, so prime prospects would be assigned to her.