Two past presidents of the Kentucky Press Association — Tom Caudill and the late Steve Lowery — and the late Ewell Balltrip, who had been publisher of the Middlesboro Daily News and Harlan Daily Enterprise, were inducted into the Kentucky Journalism Hall of Fame on March 28.

Ewell Balltrip was editor and later publisher of the Harlan Daily Enterprise and also publisher of the Middlesboro Daily News and The State Gazette of Dyersburg, Tenn. He was known for his emphasis on community journalism and support for the First Amendment. In 1996, he returned to Kentucky to work on Gov. Paul Patton’s Kentucky Appalachian Commission. He founded the National Institute for Hometown Security in 2004, and remains its president and chief executive officer. Ewell died Thursday, March 7, not long after learning that he would be inducted in the 2019 Kentucky Journalism Hall of Fame. 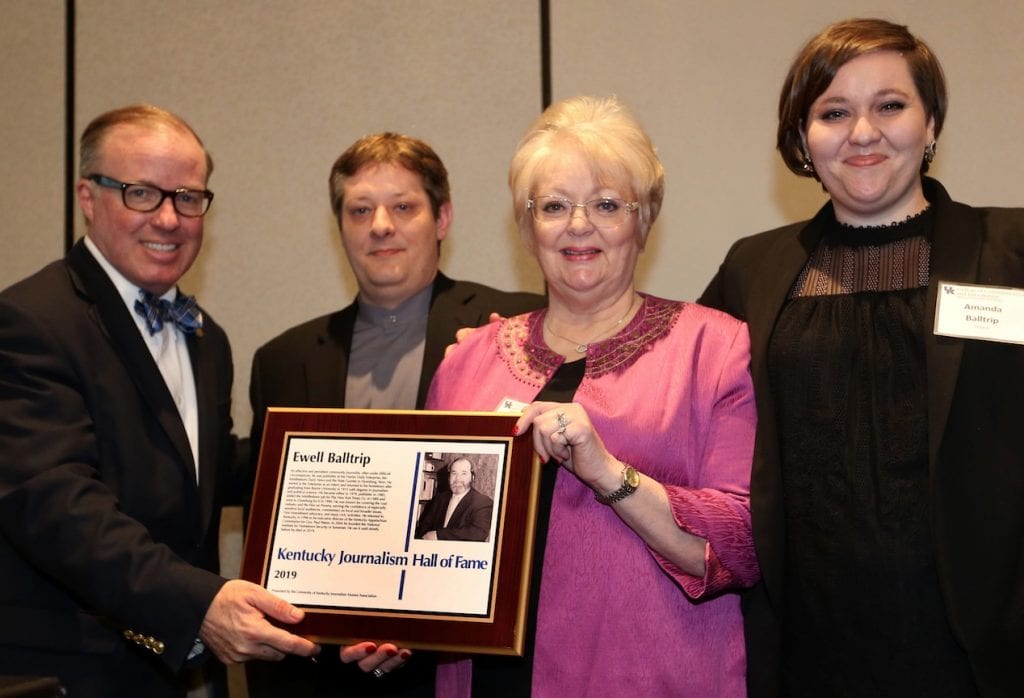 1999 KPA President Tom Caudill, who retired after 36 years with the Lexington Herald-Leader, makes comments after being inducted into the Kentucky Journalism Hall of Fame on March 28. Photo by Yung Soo Kim, University of Kentucky. 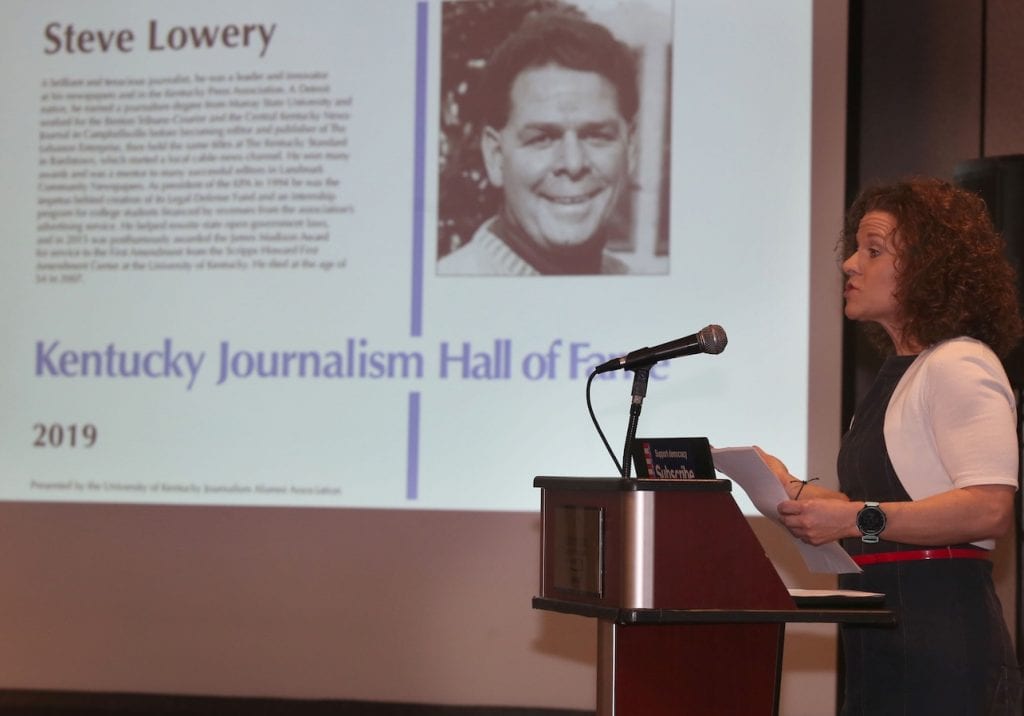 Stevie Lowery, general manager and editor of the Lebanon Enterprise, where her dad once worked, accepts the Kentucky Journalism Hall of Fame plaque on behalf of Steve Lowery. Photo by Yung Soo Kim, University of Kentucky.