By Will Wright, Lexington Herald-Leader

Will Wright is a corps member with Report for America, an initiative of the GroundTruth Project. Based in Pikeville, Wright joined the Herald-Leader in January 2018 and reports on Eastern Kentucky. 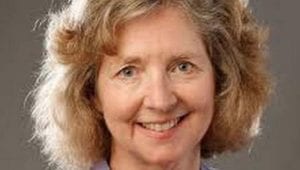 A former editorial writer for the Lexington Herald-Leader won the East Kentucky Leadership Foundation’s 2019 award for Media and Technology for excellence in covering Appalachian Kentucky.

Jamie Lucke, who grew up in Morehead and retired this year, worked for the Herald-Leader since 1987 as a reporter and editorial writer.

Her columns and editorials covered issues including the environment, education and public health, and her final column “Goodbye, cubicle. Hello, hills,” reads as a love letter to Eastern Kentucky.

The column pleaded with local and state leaders to preserve the area’s natural beauty and its wildness. She asked officials and mine operators to not “strip and scar the landscape” surrounding the historic coal towns of Benham and Lynch, where she would receive the award Thursday night.

“State government can and should protect these places, nestled in the shadow of Kentucky’s highest point and cherished far and wide by Appalachia’s diaspora,” Lucke wrote. “I know this sounds simplistic, but the mountains have earned some kindness. Let’s do things that will make newcomers want to put down roots, even if it’s just letting some places be.”

Carolyn Sundy, the chair of the East Kentucky Leadership Conference, said Lucke’s reporting gave readers an honest picture of life in Eastern Kentucky, and the policy issues surrounding it.

“She always gives us a strong truth,” Sundy said. “She puts a positive light to us, and we all respect her so much.”

Lucke won a number of prestigious awards throughout her career at the Herald-Leader, including the 2011 Scripps Howard Award for Editorial Writing for editorials that “took on Kentucky’s powerful coal industry while speaking for the voiceless and powerless in Appalachia,” according to Scripps.

“People saw her op-eds as a voice for Eastern Kentucky,” said John Rosenberg, a board member of the East Kentucky Leadership Foundation and director-emeritus of the Appalachian Research and Defense Fund. “It was an easy decision for us.”

Rosenberg said local leaders respected Lucke’s careful research for her stories, and her quality of writing.

“She does a lot of homework,” Rosenberg said. “She does the work.”

During an award ceremony Thursday in Benham, Lucke said she was honored to receive the award and complimented the East Kentucky Leadership Foundation for its work in the region.

“This is such a special place,” Lucke said. “I know there are big challenges, and I don’t know the answers … but I really admire you all and appreciate you all for putting the effort in.”

Along with the Herald-Leader, Lucke worked at newspapers in Kentucky cities including Elizabethtown and Owensboro, and out-of-state in Jacksonville and Birmingham.

In her final column, published in February, Lucke said she hoped to use her retirement to “spend more time among rhododendron and hemlock, panting up steep slopes, enjoying the views, resting by tumbling creeks and maybe even tubing the flat stretch of the Russell Fork near Pikeville.”

“The psalmist who wrote ‘I will lift up mine eyes to the hills’ was on to something,” she wrote.

Dee Davis, a East Kentucky Leadership Foundation board member and founder of the Center for Rural Strategies, said Eastern Kentucky needs an honest accounting of its successes and failures, not “boosters who defend everything whether it’s right or wrong.”

“Jamie’s been a straight shooter,” Davis said. “When people or policies let us down, she has let us know it. She’s been there to point out a better way — that’s what we hope for from journalists.”

“We’re lucky to have had her there at the Herald-Leader, paying attention and pitching in,” Davis said.