Kennedy Sabharwal is a broadcast journalism multimedia and biology/honors double (triple) major. She was just crowned  Miss Clinton County Fair, Miss University of Kentucky and will head to Miss Kentucky competition and while she’s just a sophomore, she’s already been accepted to med school. 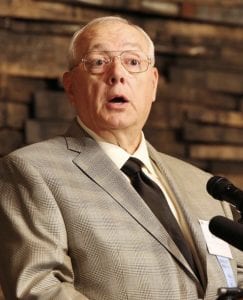 Mike Farrell during his induction into the Kentucky Journalism Hall of Fame in April, 2017.

A little over a month after his passing, Mike Farrell received the James Madison Award for service to the First Amendment.

Tuesday night, his son, widow and two of his grandchildren attended the First Amendment Celebration on the University of Kentucky’s campus to receive the plaque in his memory.

Farrell was a professor in the UK School of Journalism. He loved teaching and standing up for people’s rights. He started the James Madison Award due to his love for history. He earned his Ph.D. in communication at UK with a dissertation about the First Amendment, so starting this award was fitting.

According to the first recipient of this award, Judith Clabes, Farrell “cared about rights, privileges and the First Amendment.” She said he always wanted people to stand up for what is right.

The nomination form for the James Madison Award says it recognizes someone who has worked in “open government and open records; promotion of the watchdog role of the press; defense against government or private censorship; or robust debate in the marketplace of ideas.” The nominees’ efforts “must have resulted in the expansion or preservation of freedom of press and/or speech.”

One of the many criteria Farrell fit was promoting the watchdog role of the press, and he was dedicated to the First Amendment’s principle of free expression. Farrell even became the director of the journalism school’s First Amendment Center while teaching at UK.

Clabes said Farrell loved teaching his students so much that some of the last words he ever spoke to her before he passed away was that he “just wanted to teach.”

Farrell’s son, David, said that he can remember his dad saying he would never give up on anyone, especially his students, because God never gave up on him.

For the last five years of his life, Farrell worked with Clabes on the non-profit Northern Kentucky Tribune. This is a newspaper that, Clabes said, has a “promise in a big way” to the community: it belongs to the people, and a big corporate giant couldn’t come along and tell them that it wasn’t enough. Farrell and the other creators of this paper worked to make it honest and straight forward as they could. 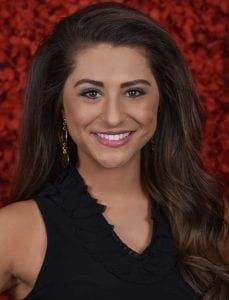 During the ceremony, Clabes revealed something special—the first print edition of the Tribune. She dedicated it to Farrell and had his grandchildren hand out copies to each person who attended the ceremony. The Tribune had only an online presence for five years until this print edition came off the press.

Clabes and Farrell wanted to print this first edition of the Tribune with the mindset of allowing it to go to every mailbox in Northern Kentucky, not leaving anyone out. Clabes said she and Farrell always believed the press should be that way; that it should “create and sustain democracy.”

Farrell’s son mentioned that some of his family trips growing up consisted of his dad taking the family to museums and battlefields, and as much as he hated it as a young boy, he “would give anything to go on another one of those trips.”

He said his father’s favorite book was the Bible.

“You will know the truth and the truth will set you free,” was Farrell’s favorite verse, according to David.

All of this aligns with the First Amendment and the award because these things are both about doing what is right and speaking up when necessary. Without Mike Farrell’s dedication to his work, his students, and protecting free speech, this award would have not been possible tonight.

Though the ceremony showed just how much of a mark Farrell made on the University of Kentucky and the people he knew and loved.

“Find a friend like him and when you do, keep him forever,” Clabes said.