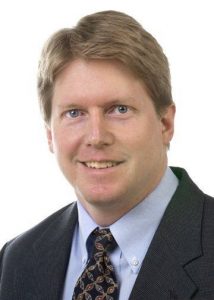 Pat Richardson, publisher of The Virginian-Pilot, announced this week that LCNI’s Editorial Director Benjy Hamm will be joining the V-P as Editorial Page Editor.

“Benjy Hamm will be joining us on May 8 as our new Editorial Page Editor,” said Richardson. “Benjy is a veteran journalist with a versatile background and has extensive experience with community outreach and public service.

“Benjy joins the Virginian-Pilot from a sister company, Landmark Community Newspapers, where he has served as Editorial Director since 2003. In that position, he played a key role in hiring editors, conducting training, providing input on content decisions, and advising about freedom of information laws involving the company’s 50 paid circulation community newspapers.

“Benjy has the experience, expertise and personality to help us continue to grow the impact of our editorial pages in this exciting era. He embodies the values and philosophies that the Pilot holds high: integrity, ethical practices, respect, and passion for public service through quality journalism.

“He enjoys vigorous debates on key public issues and will be helping us find new ways to engage the Hampton Roads community in those topics.

“The Pilot’s editorial pages have a long, proud history of leading — and providing a vital forum for — discussions of important public issues. I’m excited to be joining The Pilot in this position and look forward to getting to know the staff and the community in the coming months,” Benjy said.

While serving as editorial director for Landmark, Benjy has been on the KPA Board of Directors and is currently serving as chairman of the KPA News Editorial Division.

Prior to joining Landmark, Benjy worked as both city editor and managing editor at The Herald-Journal in Spartanburg, SC, then a New York Times Co. newspaper. During Benjy’s time at The Herald-Journal, the staff received more than 150 awards from the S.C. Press Association, including a number of the top statewide awards. The staff also won eight Chairman Awards from the New York Times Co. Benjy grew up in Salisbury, NC, beginning his career in journalism as a reporter at The Salisbury Post. He also has worked for The Associated Press in Columbia, SC, and as editor of The Lancaster News in Lancaster, SC, also a Landmark newspaper.

Benjy has been a speaker for national conferences and training programs with the National Newspaper Association, Society of Professional Journalists, National Association of Black Journalists and various state press associations; as well as an instructor for the New York Times Co.’s editing workshop at various colleges and universities around the country. For the past six years, Benjy has been a judge for the annual Scripps Howard Foundation’s National Journalism Awards.

He holds a bachelor’s degree in communications from Catawba College and a master’s degree in mass communication from the University of South Carolina. He received distinguished alumni awards from both in recent years.

Benjy and his wife, Tanya, have three children, ages 14, 18 and 20. They will be joining him soon in South Hampton Roads. A point of interest about Benjy: His identical twin brother, Brad Hamm, is dean of the Medill School of Journalism at Northwestern University.