Editor & Publisher, a 118-year-old journalism magazine that nearly went out of business in the wake of the Great Recession, has been sold to a new company headed by media consultant Michael Blinder.

Blinder, head of Blinder Group since 1999, pledged to continue publishing a monthly print edition of the mag in addition to the daily newsletter, a website and E&P’s annual newspaper awards show, known as The EPPY awards. Blinder also said he wants to expand E&P beyond its roots as the bible of the newspaper industry.

“We will not stop publishing a print edition, but I am going to expand it,” he said. “We’re not just a magazine for the newspaper industry. We want to be a magazine for all news publishers, from specialty magazines and digital publications to blogs.” 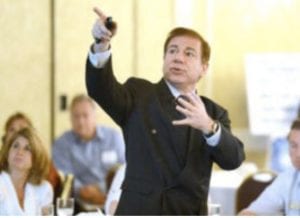 Blinder — whose new company, The Curated Experiences Group, is the new owner of E&P — said he is on the prowl for other acquisitions in the media niche.

“There will be announcements in the coming months,” he said, but declined to disclose any targeted publications. Terms of the deal were not disclosed, but Blinder said E&P was “barely” profitable at the time of the sale.