Board approves two Bylaws amendments; proxy will be sent to each newspaper 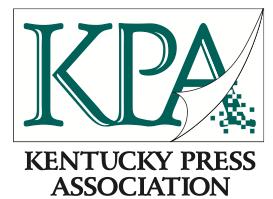 Those proxies will need to be returned to KPA by the deadline established so the Bylaws language can be amended, filed and in place before we begin working on Board and Officers for 2019.

Amendment One concerns the process for electing the Vice President of KPA. Eligibility to be Vice President is not being changed. To be eligible for that position, a person must have been an elected Board member, a State At-Large Board member who has served at least three consecutive one-year terms as a State At-Large, or must be an elected member on the current Board of Directors.

In the Fall, KPA will send a letter to the publisher/general manager of each member newspaper, with a complete list of those eligible to be nominated as Vice President and will seek nominations from that list. Once the nomination deadline is reached, the list of nominees will be given to the Nominating Committee and that committee will then select at least two, but no more than three, names to submit to the full Board for consideration. That Board may add one name to the list but cannot delete any names. The full Board will then vote to submit all names as a ballot, make that ballot available to each publisher/general manager and establish a deadline for voting. The person receiving the majority number of votes will then be elected Vice President of KPA for the following year.

Amendment Two concerns elected Board members. Currently, to be eligible to be an elected Board member, the Bylaws require a person nominated to “live and work” in the district for which he/she is being nominated. The Board is recommending the words “and live” be deleted as a requirement, meaning to be eligible for person only has to work (be employed) in the district for which he/she is nominated.