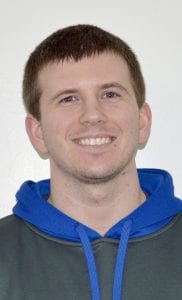 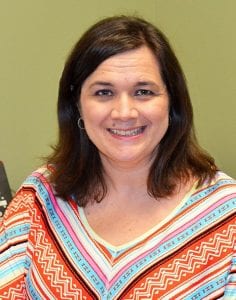 The Andy Anderson Corporation, owner of the Leader-News of Muhlenberg County, the Ohio County Times-News and MyKyNews.com, is proud to announce the recent promotions of staffers Dana Brantley and Ryan Harper.

Brantley is no stranger to Kentucky journalism with her lengthy career, and Kentucky Press Association members are most likely familiar with her work covering the General Assembly and elsewhere around Frankfort as news bureau director.

She has now moved from the web coordinator position of MyKyNews.com, a digital news site covering Muhlenberg and Ohio counties, to the editor’s desk at the Times-News.

“I am excited about the new opportunity to serve the Times-News readers,” Brantley said. “It has been a while since I have sat in a newspaper editor’s chair, but I look forward this new journey.”

Brantley covered the state legislature and anything else going on at the Capitol when working for KPA, as well as coordinating open record requests. All members of KPA could run her stories. She has also won awards for her work, including first place for best general news story.

Harper is a relatively new to journalism, though he has quickly proven himself to be an effective communicator and journalist. The Greenville native began working in the Leader-News newsroom just over a month ago as community news coordinator and reporter.

While retaining those newsroom duties, Harper will move into the position vacated by Brantley at MyKyNews.com.

“I look forward to writing feature stories because that is something that is my own work, and I look forward to going out in the community and learning people’s stories and being able to tell them,” Harper said.

General Manager Jowanna Bandy said promoting from within the company not only strengthens the effectiveness of the news operations in the two counties, but also demonstrates adaptability when changes are presented.

“Nearly 100-percent of our staff and employees in the two counties are local people or are from an adjacent county,” Bandy said. “That allows us to have an understanding of the way of life and the priorities for our communities. To be able to have experienced editors like Dana Brantley and C. Josh Givens mentor newer staff members is so valuable. We are finding ways to improve each and every day.”