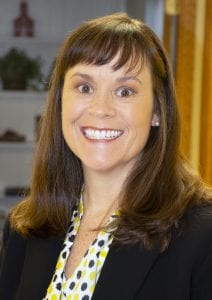 Brenna Kelly, who has written for Kentucky Teacher and other state education department publications, as well as its social media platforms, is KSBA’s new publications manager. Her primary duty at KSBA will be to serve as editor of the Kentucky School Advocate, and she also will edit and write other association materials.

Brenna served as editor of the Kentucky Kernel at UK in 1996-97.

Prior to joining KDE in 2014, Kelly, who lives in Versailles, was a reporter for 11 years for Enquirer Media, where she covered breaking news, K-12 education and Boone County governments and communities. Enquirer Media encompasses the Cincinnati Enquirer, Kentucky Enquirer and Cincinnati.com. Kelly also worked as a reporter for The Tampa (Fla.) Tribune and The Post and Courier in Charleston, S.C. She holds a bachelor’s degree in journalism with a political science minor from the University Of Kentucky.