Caldwell to be interim publisher for Danville, Stanford

From The Advocate Messenger 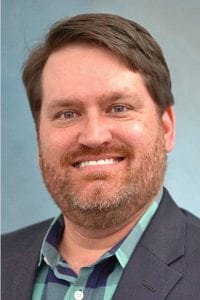 All are part of Bluegrass Newsmedia, which also includes The Winchester Sun and The Jessamine Journal.

Caldwell joined Bluegrass in 2016 as publisher of The Winchester Sun and assumed the same responsibilities with The Jessamine Journal in 2017. Both are roles he will continue to hold. He began his Danville duties Feb. 13 and immediately started working in the community.

“I am humbled and honored to have the opportunity to serve these amazing Central Kentucky communities. Each one is so unique and have their own identities. We want their newspapers to reflect that,” Caldwell said. “My goal is really very simple: to help lead the newspaper and its talented staff to produce the best possible publications that showcase our communities and serve our readers and advertisers.”

“I don’t view this as an interim role. I am fully committed to helping move the newspapers forward in the short and long term by building on the great foundation that is in place.” 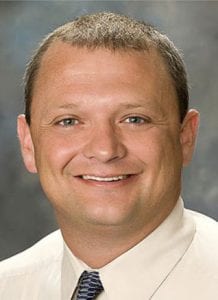 Caldwell succeeds Larry Hensley, who has taken the position as General Manager of Schurz Communications Inc. (SCI) Hoosier Times Group.  As general manager, he will oversee the day-to-day operations of The Herald-Times in Bloomington, the Times-Mail in Bedford, the Martinsville Reporter-Times, the Mooresville Times and the Spencer Evening World group.

“I have thoroughly enjoyed leading the Advocate-Messenger the last four years, and working with a very dedicated and talented staff.  In addition I will miss all the great people and organizations we have in our community,” Hensley said. “It was truly a blessing to serve the advertisers and readers of Boyle County, and I will miss all of you.  As I move on to the next chapter of my career, I will always cherish my time in Danville and the Advocate-Messenger.  I want to wish Danville continued success and best wishes to the everyone.”

Caldwell, 43, began his career as a reporter at The Ironton (Ohio) Tribune after earning a journalism degree from Marshall University. He held a variety of editor positions before being named publisher in 2006.

During his tenure, The Tribune was honored six times by the Ohio Associated Press as the state’s best community newspaper, received more than 150 journalism awards, was named the Chamber of Commerce’s Business of the Year and partnered with civic organizations to lead a variety of betterment projects.

Caldwell also led Leader Publications in Niles, Michigan, publishing seven newspapers and a magazine serving southwest Michigan and northern Indiana. There he led his team to reconnect the newspapers with the communities they served and led a building renovation project that made the newspaper office a source of pride for staff and community.

The Ironton Tribune, Leader Publications and Bluegrass Newsmedia are all affiliates of the Boone Newspapers organization of Tuscaloosa, Ala.

“Community newspapers continue to play a vital role in our ever-changing world and specifically in development of communities. They do this by informing citizens, pushing for positive change and being an effective and trusted partner to our businesses, institutions and organizations,” Caldwell said. “We will work hard to continue to make The Advocate-Messenger and The Interior Journal the best source of local news and information for Danville, Stanford and all of the counties we serve.”

After 153 years, Sunday night marks the last ‘start the presses’ for the Courier-JournalSession down to six days but still a lot on their platesFrom Pikeville to Paducah and all points in between, flooding devastates the Bluegrass