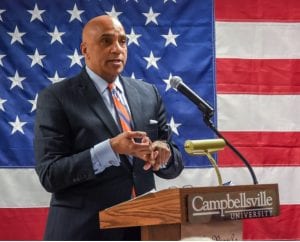 Campbellsville University and its Department of Mass Communications held the annual Media Appreciation Luncheon Thursday, April 12. Some 180 media, faculty, staff and students attended the event and heard CNN senior Washington correspondent Joe Johns talk about the First Amendment and the goings on in Washington, if there’s anything to understand.

Johns, an Emmy Award-winning reporter, told the crowd that his perception of the First Amendment is that it is “strong, very strong, perhaps stronger than it’s been since the Nixon Administration.” 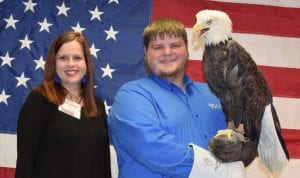 Prior to the luncheon, “Patriot,” a bald eagle from the Liberty Nature Center, was on display and having his picture taken with those who dared walked close enough. Several KPA Board members stood close to Patriot and his handler Mason but only long enough to have their picture taken. Patriot’s left wing was injured when he was shot and he is unable to fly.

The Department of Mass Communication recently took over operation of the Kentucky High School Journalism Association after it was headquartered at KPA for nearly 22 years and during the luncheon honored KPA with a plaque. The award reads: 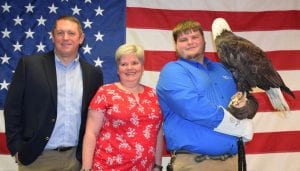 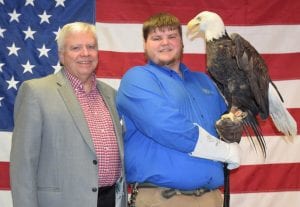 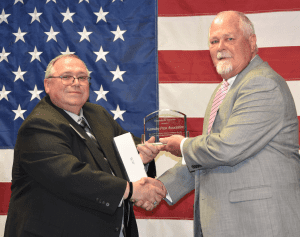 Stan McKinney, left, lead professor of the Department of Mass Communications presented an award to KPA, honoring it for nearly a quarter of a century of operating the Kentucky High School Journalism Association.