Campbellsville students will learn from a legend; Billy Reed to oversee internship programs 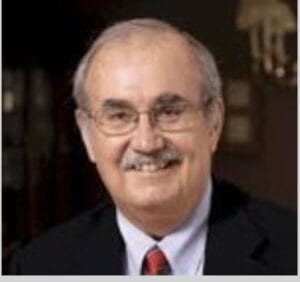 One will focus on sports and racism; the other on writing and careers

“Reed is known nationally and is a genuine legend in the sports writing field,” Stan McKinney, lead professor for mass communication and associate professor of journalism, said.

“This is a great opportunity for students interested in working as a sports reporter or editor. It is not often that you have a chance to learn from one of the best.”

Reed worked as a special correspondent, staff writer and senior writer at Sports Illustrated for more than two decades. He was also a staff writer, general columnist and special projects writer at the Louisville Courier-Journal where he served as sports editor from 1977 to 1986.

From 1959 to 1966, Reed was assistant sports editor and staff writer at the Lexington Herald-Leader.

“His experience is extensive,” McKinney said.

“He has written for many sports publications, has hosted radio talk shows, has been a television commentator and has written numerous books related to sports.

“He has been named to six Halls of Fame. We are fortunate to have him offer these internships as he begins to wind down his lengthy career.”

All mass communication students must complete an internship which counts as three hours of credit.

“We really believe that internships give our students a chance to show they can do the job,” McKinney said. “That helps students land jobs when they graduate because they have worked in the real world.”

Students may take up to six hours of internship.

Thus, McKinney said, a student could take both of Reed’s offerings.

The COVID-19 pandemic has impacted internships as it has virtually everything else, McKinney said.

The number of internships available has declined as a direct result.

McKinney, who is a member of the KPA board, said no internships will be offered this year either as newspapers and public relations firms do everything possible to prevent the spread of the virus.

Reed will be on campus each Tuesday and Thursday at 11 a.m. and also 2 p.m. in fall, McKinney said, effectively bringing the internships to campus. There also will be some field trips and coverage of sporting events.

“Students, of course, can still complete internships elsewhere,” McKinney said, “but bringing options onto campus should be beneficial.”

Reed said he was excited to be working with Campbellsville University students. He plans to focus on sports and racism in one internship and writing and careers in the other.

For more information, contact McKinney at somckinney@campbellsville.edu or at (270) 789-5035.

Campbellsville University is a widely acclaimed Kentucky-based Christian university with more than 13,500 students offering over 100 programs of study including Ph.D., master, baccalaureate, associate, pre-professional and certification programs. The website for complete information is www.campbellsville.edu.