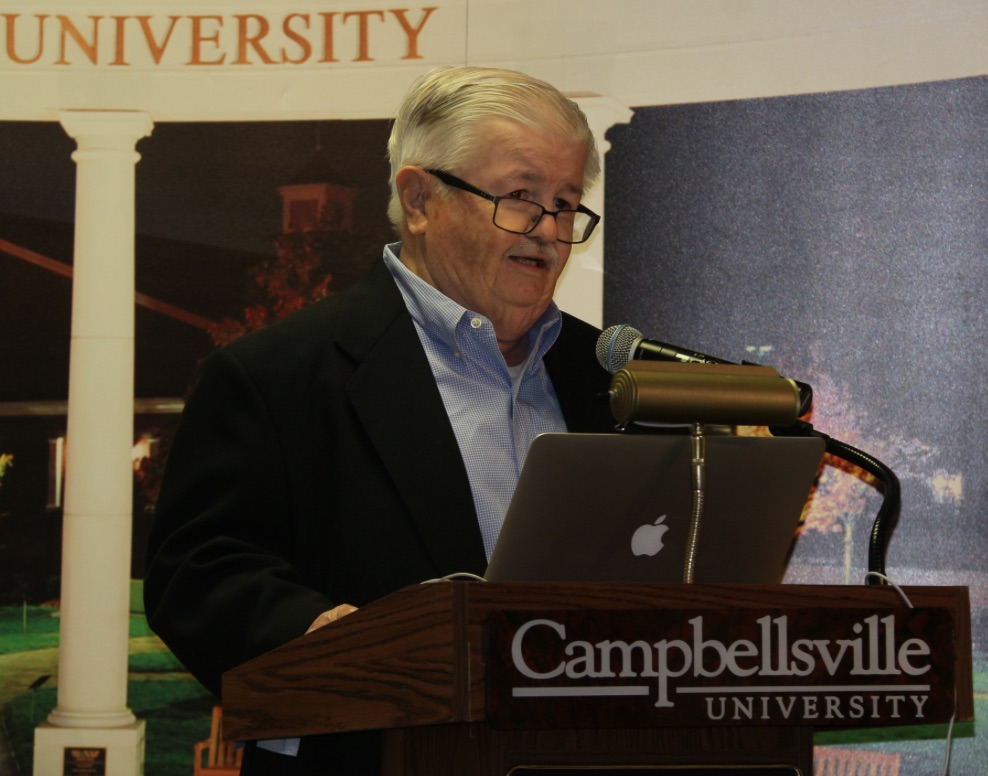 The Campbellsville University Office of University Communications has been holding a Media Appreciation Luncheon for the last 12 years and Thursday’s festivities continued the tradition.

Print and broadcast media from around the state attended the Thursday event and heard from Pulitzer Prize winning photographer Bill Luster, who has retired from the Courier-Journal after some 42 years of recording Kentucky’s history through his camera lens. 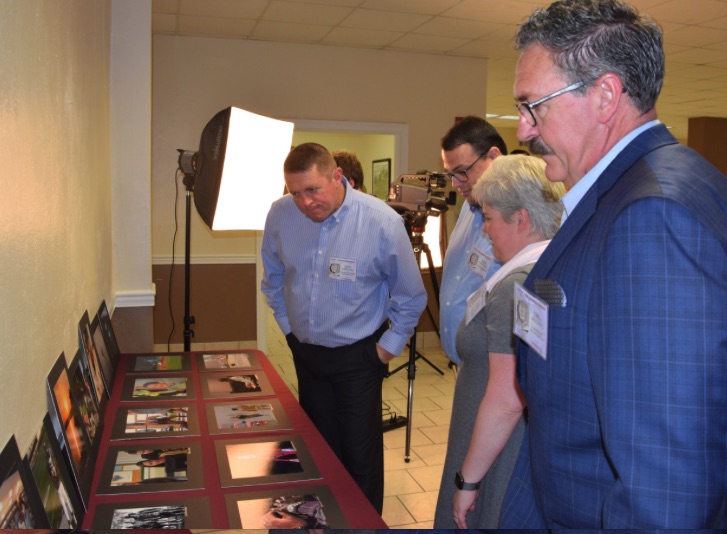 The luncheon was the brainchild of Stan and Joan McKinney. Stan is a professor in the Communications Department after a storied career as editor and photographer with the Central Kentucky News Journal. Joan is the Coordinating Director in the Office of University Communications.

During his presentation, Bill showed numerous slides he had taken, including his first picture ever, of two of his closest friends sitting by a tree stump.

The slide show included photos of every President since the mid-1960s — LBJ, Nixon, Ford, Carter, Reagan, Clinton, both Bushes and Obama. Asked by an audience member if he planned to do to the White House anytime soon, Bill responded, “Not during this administration.” 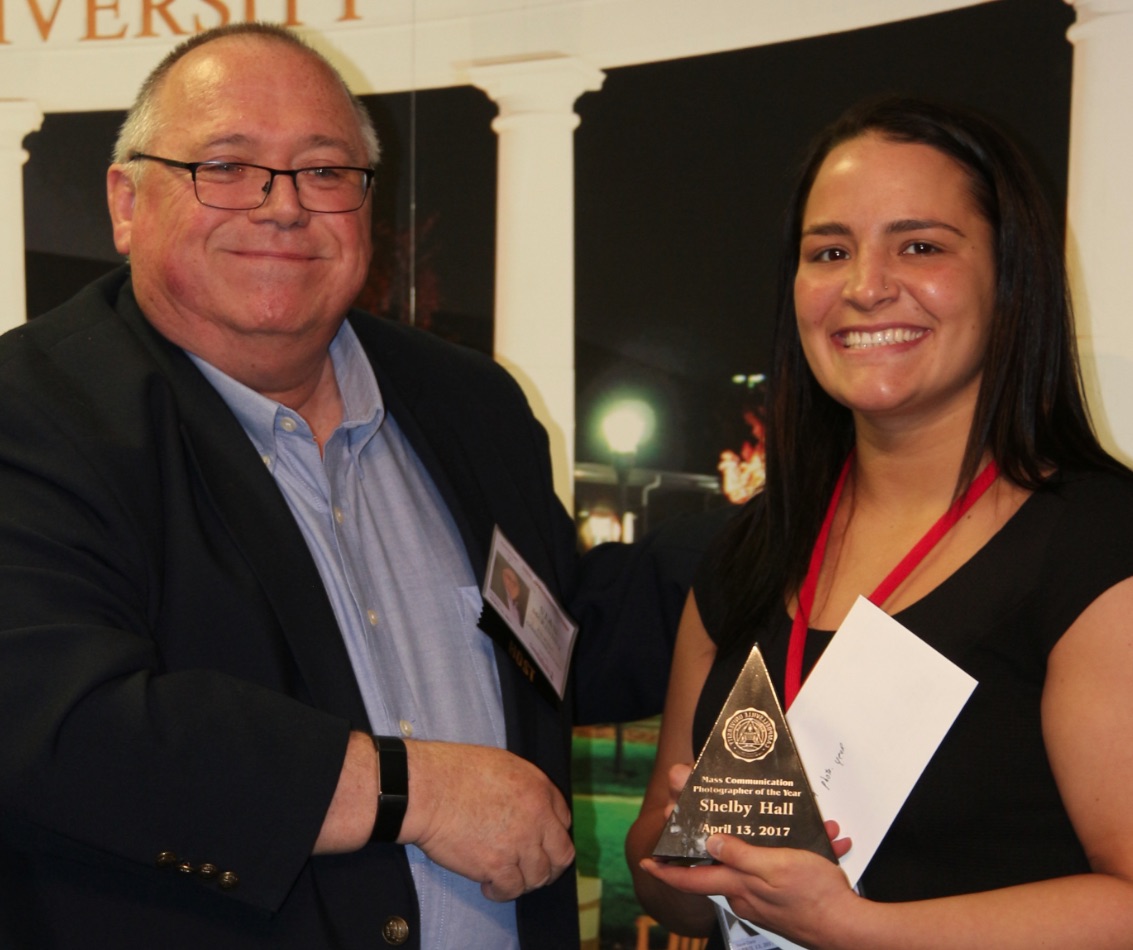 Stan McKinney, associate professor of journalism at Campbellsville University and lead professor for mass communication, left, presents the Photographer of the Year Award to Shelby Hall, a junior from Doylestown, Ohio, at the university’s 13th annual Media Appreciation Luncheon April 13. Hall is a photographer in the Office of University Communications at the university and also shoots for the Campus Times, the campus newspaper. (Campbellsville University Photo by Drew Tucker)