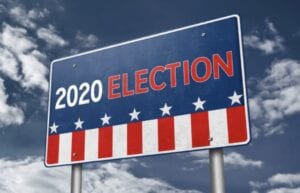 The Kentucky Press Service placed political advertising for three candidates in the June 23 primary and all three came away with victories.

Josh Branscum, Robert Conley and Amy McGrath all used KPS for placing advertising in Kentucky newspapers. Branscum was running for the House of Representatives seat vacated by former House Speaker Jeff Hoover. He has no opposition in the November general election.

Conley’s victory means he’ll face a runoff in the November general election against former State Representative Chris Harris who finished second in the race. In that primary race, the top two finishers move on to the general election. Conley received 40 percent of the votes, Harris got 30 percent and incumbent Samuel T. Wright received 29 percent of the votes. He finished third, 337 votes behind Harris and does not move on to November.

McGrath began her placement with two half-page ads in about three dozen newspapers and ran another half-page in every newspaper the week leading up to the June election. She also placed some digital ads on selected newspaper websites just prior to the vote.

In the State Senate, Independent candidate Kenneth Carroll ran an ad through KPS but had no primary race. He’ll face opposition in the November general election against a Republican and a Democratic candidate. Kenneth Carroll is seeking the Senate seat his father, former Gov. Julian Carroll, vacated after the 2020 session.

Technically, KPS handled a record amount for a political season but actually fell $1,300 short because at least seven newspapers did not run at least one McGrath ad.