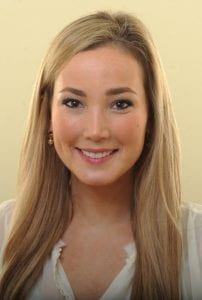 Catherine Boone, general manager of the Frankfort State Journal, has been elected to the KPA Board of Directors for District 13. The election was a result of Kim Woods being elected Vice President of KPA during the 2018 KPA Winter Convention.

Catherine will be serving the remainder of the term for District 13, that continues through the January, 2020, Convention.

Catherine came to the State Journal in August, 2017, from Oxford Newsmedia LLC in Oxford, MS, where she served in multiple roles at The Oxford Eagle daily newspaper and Oxford Magazine, including bookkeeping, circulation, classified and retail sales, as well as news.

Previously, she served as a marketing consultant for The Natchez Democrat in Natchez, MS, and worked in the sales department for The Shelby County Reporter in Columbiana, AL.

Boone is a 2014 graduate of Rhodes College in Memphis where she earned bachelor’s degrees in business and religion. In her free time, she enjoys visiting with family and friends, reading, traveling and serving on Chi Omega Fraternity’s National Recruitment Team and Eleusis Editorial Board.