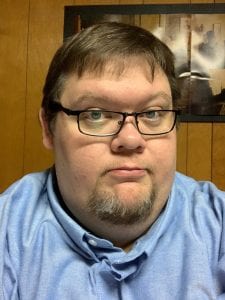 It has been the goal of 2020 KPA President Jeff Jobe to fill his State At-Large positions with members comfortable in digital/electronic areas to help KPA and its member newspapers push forward in those areas.

Charles Myrick, general manager of the Mountain Advocate in Barbourville, has been appointed to complete the one-year term vacated by Dave Taylor.Charles has also served as Vice President – Web/Graphic Design for Nolan Group Media since 2018. He begins term on the board immediately and continues through the end of the 2021 KPA Winter Convention.

That convention, by the way, will be January 21-22, at the Marriott East in Louisville.