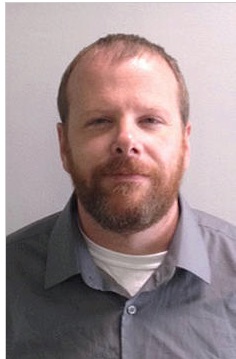 Charles VanLeuven has been named General Manager/Editor of the Casey County News in Liberty.

As GM/Editor VanLeuven will be responsible for the operational oversight, coaching and leadership of the newspaper’s staff in the development and successful implementation of strategies to improve the news product, grow net paid circulation, and accelerate the profit growth of The Casey County News. He will be responsible for leading all aspects of news gathering, reporting, feature writing, photography and other information content oriented activities of the newspaper as well.

VanLeuven, 36, brings to this leadership position at the weekly a unique skill set and qualification in the community newspaper industry.

His career began as a part-time reporter at the Jefferson Star in Rigby, Idaho, in 2011. VanLeuven progressed in this role and was quickly promoted to a full-time reporting position, writing much of the news published in the weekly newspaper. In 2013, VanLeuven assumed additional duties for the Star, managing eight correspondents and five interns while also producing and editing all editorial content.

In 2015, VanLeuven’s operational responsibility again expanded as he began overseeing all editorial content for the Jefferson Star’s sister weekly, The Shelley Pioneer, in neighboring Shelley, Idaho. In this role he coordinated the activity of two freelance writers and commuted between the two cities, working in both locations attending meetings and establishing rapport and contacts in both areas. While becoming more heavily involved in implementing and maintaining newswriting strategies for both newspapers, VanLeuven also organized and prepared content for advertising special sections and projects while still producing 12 to 15 news stories per week between the two weekly editions.

“My family and I are excited to begin our new life in central Kentucky. I am looking forward to working with Landmark to grow The Casey County News,” VanLeuven said. “It is a great newspaper, and I will not upend what it is. Instead, I want to give the readers even more of what they like, while upholding traditional values in news gathering.”

A native of Idaho Falls, Idaho, VanLeuven earned degrees in English and Journalism/Mass Communications from Idaho State University. He and his fiancée, Lindsay, have one son, Gage.