A leadership change within the offices of The Times Leader is scheduled to take place in the coming months.

Times Leader Publisher John S. “Chip” Hutcheson III has announced his intent to retire from the newspaper at the end of June.

Executives with the paper’s parent company, the Kentucky New Era Media Group, have named Jared Nelson, Times Leader news editor, to succeed Hutcheson in the position of editor and general 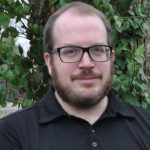 “We are glad that Jared will be leading the newspaper and commercial printing operation in Princeton,” said Taylor Hayes, CEO of the Kentucky New Era Media Group and publisher of the daily Kentucky New Era (KNE).

“We believe that Times Leader readers and advertisers will be well-served by keeping the decision-making functions of that newspaper with long-time personnel at The Times Leader. We wanted to maintain that strong local knowledge, and Jared and the rest of the staff assure us that will be the case.”

Hutcheson has been involved with the newspaper  industry since the early 1970s.

After graduating from the University of Kentucky, he served as sports editor of the Kentucky New Era in Hopkinsville from 1970-76, then returned to his hometown to take over as owner and publisher of The Prince-ton Leader following the retirement of his father, John Hutcheson, Jr.

He ran the Leader until 1992, when it and the community’s other paper, The Caldwell County Times, were purchased by the KNE group and consolidated as The Times Leader.

He has served as publisher of the TL since that time.

“My decision to retire has been in the works for some time. It has been a tremendous pri-vi-lege and honor for me to be involved in this community for the past 40-plus years. I have been blessed to work with so many talented, quality people over the years,” said Hutcheson.

“Because this news-paper is so special to me, it is a great relief to know that Jared will be in charge of the day-to-day operations. I have complete confidence in his ability to not only maintain the news-paper, but to make improve-ments over time. Jared is extremely smart, as evidenced by his consistent ability to take difficult news issues and make them easy for readers to understand.

“He has great people to work with, people who have lengthy tenures at the paper, and have demonstrated their commitment to our readers and the community with their efforts. Having such a strong staff to help him will be very helpful.”

Sheryl Ellis, vice president and general manager of the Kentucky New Era Media Group, which includes one daily newspaper and four weeklies in addition to The Times Leader, said the company has confidence that the paper will continue to maintain its strong reputation in this community.

“In the 25 years that our company has owned The Times Leader, decisions on how best to serve the Caldwell County and adjoining communities have been left with our staff at Princeton.

“That will continue to be the case with Jared moving into the role of general manager. Jared has shown his dedication for producing a quality news product over the past 15 years, and Times Leader readers can be assured they will continue to receive a superb newspaper every Wednesday and Saturday.”

Nelson joined the ranks of the newspaper in 2002, a year after graduating from Murray State University with a degree in print journalism.

He served as a reporter with the newspaper from 2002-15, when he took the editor’s role upon the retirement of longtime editor Anita Baker.

“I have been blessed to spend my career under the leadership of individuals, like Chip and Anita, who have made community service a priority,” he said.

“Their guidance has been invaluable throughout my time with The Times Leader, and I remain grateful for their support and encouragement in the past 15 years.”

A Princeton native, Nelson is the son of Maxie and Patricia Nelson of West Main Street.

He resides in the county with his wife, local attorney Jennifer Sacharnoski Nelson, and their three children.

During his tenure with the newspaper, he has been involved with various civic organizations, including the Princeton-Caldwell County Chamber of Commerce, the Caldwell County Cemetery Board and the county Solid Waste Advisory Committee.

“Caldwell County is my home, and my desire is to see it continue to grow and prosper in the years ahead,” he said Tuesday.

“The newspaper, I believe, can play a key role in that development, by keeping readers informed as opportunities for progress are presented and holding stakeholders ac–countable for the decisions they make that affect the community’s future.

“My goal is to keep The Times Leader a vital part of the lives of those who still call Princeton and Caldwell County home, and those coming to the community for the first time.”