CHIP money may be drying up; Kentucky could be among 20 to run out by end of March, 2018 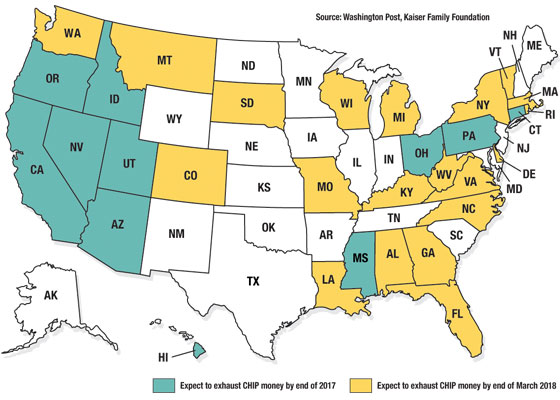 At least 11 states will exhaust their Children’s Health Insurance Program (CHIP) funds before the end of the year, if Congress fails to extend federal funding for the program, according to a survey of state Medicaid officials by the Kaiser Family Foundation. Officials in another 20 states, including KENTUCKY, expect to run out of money for the state-federal program, which provides coverage for nearly 9 million children of low-income families nationwide, by the end of March 2018.

More information about the CHIP Program and Kentucky’s funding for the program can be found by accessing the reference above to the Kaiser Family Foundation.