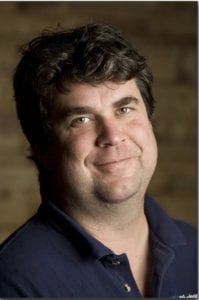 With all the changes on the Board and Executive Committee this year, we were hoping once the Special Election ended in District 4, that the KPA Board would be set for the remainder of 2018.

Word came this week from Kentucky Kernel Chris Poore, the Student Publications Director since 2001, that he is leaving that position, as of today. While the Kernel may be looking for a replacement, it also meant the Board would search for another new member. Chris was named Kentucky Intercollegiate Press Association representative to the Board and took office in January. It’s a two-year term. He graduated in journalism from Western Kentucky University in 1991.

Fortunately, the KIPA members had a plan in place. The KPA representative is to be the vice president of that organization and The Northerner advisor, Michele Day was in that position and thus will be joining the KPA Board through January, 2020.

While he was short-lived on the Board, we wish Chris the best. He’s a long-time personal friend, who was with the Herald-Leader prior to moving over to The Kernel.

Michele Day, co-director of Northern Kentucky University’s journalism program, spent almost 20 years in newsrooms, including 17 as a reporter and editor for the Cincinnati Post and its sister publication in Kentucky.

Since moving to the classroom in 2001, she’s taught a variety of classes, including experiential news media workshops, news and feature writing and science in the media. In 2012, she began advising The Northerner and Norse Code Radio, NKU’s student-run media organizations. She emphasizes helping students transition to digital- and mobile-first newsgathering and distribution.

She’s also Region 5 director and a national board member of the Society of Professional Journalists and founding director of the NKU Journalism in the Digital Age Workshop, a weeklong program for high school students. She served an interim term on the Kentucky Press Association board in 2014.

She won NKU’s Faculty/Staff Strongest Influence Award, presented by the NKU Alumni Association, in 2016. And recently, was named to the College Media Association Honor Roll for student media advisers at four-year universities.

Her academic interests include narrative and multimedia storytelling, science journalism and teaching with technology. She earned a Master’s in Communication degree from NKU and a B.A. in journalism from Western Kentucky University, where she served as editor of The College Heights Herald. 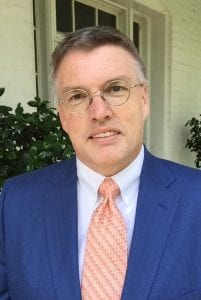 Sam Terry, editor of the Barren County Progress and Jobe Publishing, won a special election in District 4 by a narrow margin. He defeated Steve Gaines, editor of the Bowling Green Daily News.

Sam Terry is managing editor of Jobe Publishing having started with the company as editor of the Barren County Progress.  A native of Barren County, the Transylvania University graduate resides in Glasgow.

A lifelong student of history, he is known for blending his passion for history and writing into a vehicle telling the story of Kentucky with an emphasis on the south central region.

In his community, he has led efforts for downtown revitalization including the preservation of a former school campus containing three historic structures now adaptively reused as senior citizen apartments and the community’s recreation department.