Chuck Clark to serve as JER on KPA Board

For the last 20 years, the Kentucky Press Association Board of Directors has had representatives from Journalism Education. We began with one representative in the early 1990s, and then added a second position a few years later. 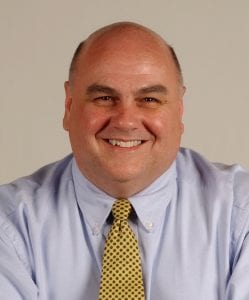 Currently, Leigh Landini Wright, from Murray State is representing the western half of the state but her two-year term ends in January. Chuck Clark, director of Student Publications at Western, will represent that part of the state beginning at the end of the Winter Convention in January.

Dr. Deborah Givens with Eastern Kentucky University is the eastern half of the state Journalism Education Representative.

With the Kentucky Intercollegiate Press Association now a division of KPA and its chairman serving on the Board, currently Ralph Merkel advisor at the University of Louisville’s The Cardinal, journalism education in Kentucky has three members sitting on the KPA Board.