The State of the First Amendment Address will be delivered by UK alumna Judith G. Clabes (JOU ‘67) on Thursday, September 28 at 6 p.m. in the UK Athletic Association Auditorium located in the William T. Young Library. Clabes is a founding member of the School of Journalism and Media’s Scripps Howard First Amendment Center and the 2006 recipient of the James Madison Award for service to the First Amendment. The student winner of the Constitution Day Essay Contest and recipient of the James Madison Award will also be recognized.

In addition, the faculty of the School of Journalism and Media in the College of Communication and Information has voted to recognize graduates of the school who have had outstanding careers and have made significant contributions to their communities and professions. The fall 2017 class of eight inductees are: 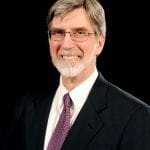 Dr. Lee B. Becker (JOU ‘69): Emeritus director of the James M. Cox Jr. Center for International Mass Communication and Training and Research and emeritus professor in the Department of Journalism, Grady College of Journalism and Mass Communication, University of Georgia. He has written extensively on audience uses of the mass media and effects of media messages on audience members and society. Former editor of the Kentucky Kernel. 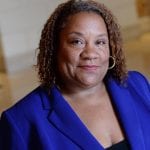 Dana R. Canedy (JOU ‘88): She recently left a two-decade career at The New York Times to become administrator of the prestigious Pulitzer Prizes. While at UK, Canedy wrote for student publications and was a work-study student for the Office of Minority Student Affairs. After eight years at the Plain Dealer newspaper in Cleveland, Canedy went to the Times in 1996. There she was the lead reporter on the series “How Race Is Lived in America,” which won the 2001 Pulitzer Prize for National Reporting. 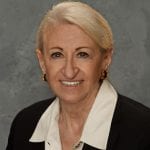 Nancy L. Green (JOU ‘64): Earned a Journalism degree with minors in English and Political Science and a secondary teaching certificate in 1964/65 after working at the Kentucky Kernel for four years. She was adviser to award-winning staffs and publications in Winchester, Louisville, Ky., Clarksville, Fort Wayne, Ind., and Charleston, W.V., and has received recognition from numerous groups and the Wall Street Journal Newspaper Fund. Currently the assistant director of marketing and enrollment management with Ivy Tech Community College on Indiana’s Richmond campus. 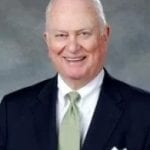 Jim Host (Radio Arts ‘61): Founded Jim Host and Associates in 1972, which later became Host Communications, a college sports marketing and association management company. In 1955 he was awarded one of the first two full baseball scholarships given by UK. While at UK, he also did play-by-play of college and high school sports and created the Kentucky Central UK Network, one of five UK originations of radio networks. He played one year as a pitcher with the Chicago White Sox before injuring his arm, forcing his retirement. In 1974, Jim Host and Associates acquired the radio rights to UK Sports, which led to the NCAA radio network rights in 1975. 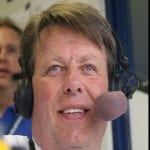 Tom Leach (JOU ‘83): Tom is beginning his 20th year as “the Voice of the Wildcats” for Kentucky football and his 16th year in that role for the UK basketball program, marking the achievement of a goal he expressed in high school. Tom is a five-time winner of the Kentucky Sportscaster of the Year award and two-time winner of the Eclipse Award for thoroughbred racing coverage. He hosts “The Leach Report,” a daily statewide radio show on Kentucky sports. 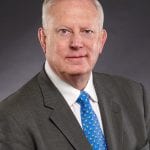 Larry Patrick (TEL ‘72): He is the managing partner of Patrick Communications, a media investment banking and brokerage firm based in Maryland with over $7.5 billion worth of deals to its credit. He owns Legend Communications, a group of 22 small market radio stations in Wyoming and also owns an interest in 14 major market television stations. He is the former senior vice president of the National Association of Broadcasters and is on the board of numerous companies and charitable institutions. 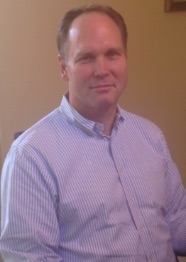 John Voskuhl (JOU ‘86): Founding member and officer of the student group known as Radio Free Lexington, which went on to license and build WRFL-FM. He was editor of the Kentucky Kernel when the editorial board led the pressure on the UK Board of Trustees to divest from South Africa. He worked for the Courier-Journal in Hazard, Louisville and Frankfort, was the special projects editor for the Lexington Herald-Leader, and he worked for the Miami Herald. John is currently the managing editor at Bloomberg News in Washington, D.C., for both the campaign finance team and tax team. 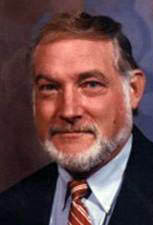 Carl West (JOU ‘66): Editor emeritus of The State Journal in Frankfort and founder of the Kentucky Book Fair spent more than 50 years as a journalist. He was editor of The State Journal from 1979 to 2013, mentoring many young journalists and created and headed the Kentucky Book Fair. After college, he reported for The Kentucky Post before joining Scripps Howard News Service as an investigative reporter in 1973. He reported on the Watergate scandal, was nominated for a Pulitzer Prize three times and won the Raymond Clapper Award for his reporting on major misuse of Pentagon funds. He received the Al Smith Award from UK’s Institute for Rural Journalism and Community Issues in 2015. He died in 2016. Mr. West will be represented by former coworker, Phillip Case.

The event is free and open to the public.