From the Rural Blog 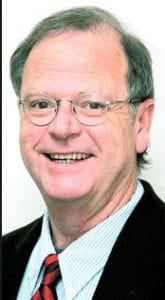 “Market conditions” mean that the readers of Community Newspaper Holdings Inc. papers no longer have news coverage from a CNHI correspondent in the state capitals of Austin and Frankfort, the chain’s senior vice president for news, William Ketter, told The Rural Blog.

The most recent closing was in Frankfort, where correspondent Ronnie Ellis retired this week. “Challenging market conditions prevent us from replacing Ronnie as a fulltime statehouse reporter at this time, and that’s also the reason we no longer operate a bureau in Austin,” Ketter said via email.

“It is important to note we continue with full-time statehouse reporters in Massachusetts, New York, Georgia, Pennsylvania, Oklahoma, Indiana and West Virginia,” Ketter said. “Our largest dailies, along with a smattering of smaller ones, are located in these states.”
Ketter added, “Ronnie Ellis had a distinguished career as our Frankfort bureau chief before his retirement, and we are delighted he plans to continue to share his remarkable knowledge of Kentucky politics through a regular column.” In an email to Kentucky editors and publishers, Ketter called Ellis “one of Kentucky’s best-known and accomplished political reporters. He has toiled in Frankfort and across the Kentucky political landscape for your newspapers for the past 14 years, appearing frequently as a guest on the statewide public television program, ‘Comment on Kentucky.’ Before his assignment to the statehouse beat, Ronnie worked for the Glasgow Daily Times for several years.” Ellis is a native of Glasgow.

CNHI merged in 2017 with Raycom Media, which has agreed to be purchased by Gray Television, which plans to sell the chain and/or its individual newspapers.