The College Heights Herald and the Talisman were honored with top awards during the National College Media Convention in Louisville Oct. 25-28.

The Herald won a 2018 Newspaper Pacemaker, the second year in a row the Herald has won the award, and Talisman magazine placed first in the ACP Best of Show competition for collegiate feature magazines.

In addition to the newspaper Pacemaker, the Herald’s WKUHerald.com was a finalist for an online Pacemaker, as was the website for the Talisman, WKUTalisman.com.

The Pacemaker, awarded by the Associated Collegiate Press, is regarded as the nation’s highest honor for a student-run publication. The Herald’s win was its 17th and the 37th for WKU Student Publications. Talisman has 20 Pacemakers – two in its current format as a life and culture magazine for its website and 18 from its years as a yearbook.

Andrew Henderson, a May 2018 graduate from Olive Hill, Kentucky, was editor of the Herald in 2017-18 and now works for The Oldham Era in LaGrange, Kentucky. Helen Gibson, a May 2018 graduate from Cadiz, Kentucky, was the 2017-18 editor of the Talisman and is a content and marketing communications fellow at Q Ideas in Franklin, Tennessee. Hannah Good finished second as Reporter of the Year. 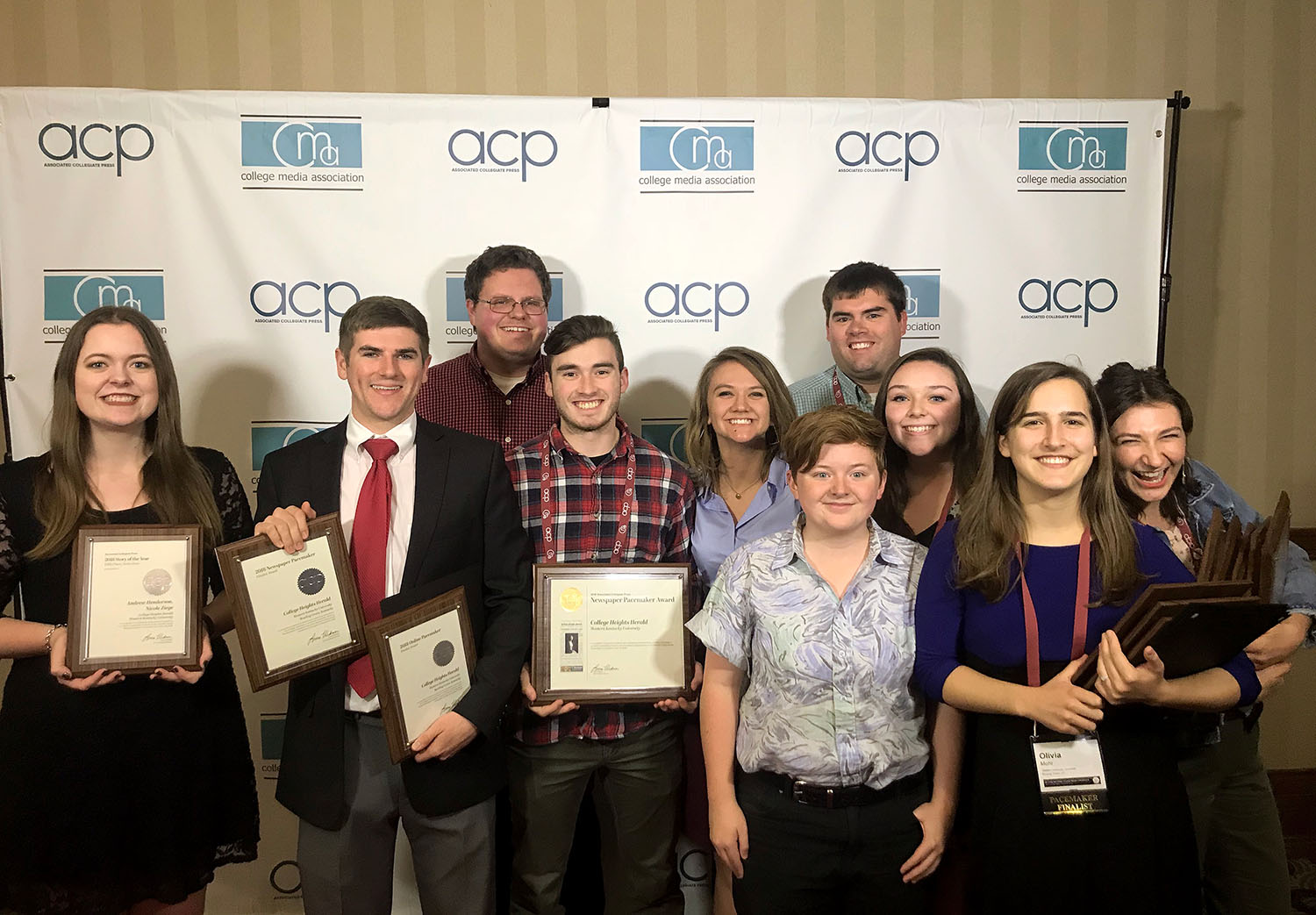 • Alexandria senior Hannah Good placed second in Four-Year College Reporter of the Year for a portfolio that included “It happens here: Honors freshman tells her story of sexual assault,” “WKU introduces LGBT-friendly dorms,”and “Behind the scenes with drag kings and queens.” Good is the current editor-in-chief of the Talisman.

• May 2018 graduate Emily Johns of Bowling Green placed third in Yearbook/Magazine Page or Spread Design of the Year for “Reaching Redemption” in Talisman magazine.

• Henderson and Morning View senior Nicole Ziege placed fifth in News Story of the Year for “Fearing for my Life” published in the Herald.

• Louisville senior Evan Heichelbech, the current Herald editor-in-chief, received honorable mention in Sports Story of the Year for “For Life” published in the Herald.

• Atlanta junior Nic Huey and May 2018 graduate Brook Joyner from Chattanooga, Tennessee, received honorable mention in Illustration of the Year for “Side of Fees” published in the Herald.

• Cooper received honorable mention in Sports Photo of the Year for “Tug” published on WKUTalisman.com.

In the Best of Show competition, WKUTalisman.com placed seventh among large-school websites.

Talisman Adviser Sam Oldenburg also participated in the conference and presented a session, “Photo editing: more than meets the eye.”

Being a Crown Finalist means Talisman will receive either the Gold Crown, CSPA’s top national award, or a Silver Crown. The awards will be announced in March 2019.