John Schaaf of Georgetown is a retired attorney, and he can be reached at John.Schaaf1975@gmail.com 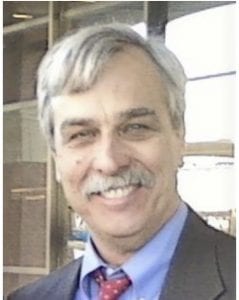 The impeachment inquiry in the U.S. House of Representatives has moved into a new phase in which witnesses are testifying publicly in front of the House Intelligence Committee and being questioned by members of both political parties.

However, the White House has tied one hand behind its back and is not putting its best witnesses forward.

If this was a basketball game, it’s like one team keeping its top players in the locker room while the other team is running fast breaks and scoring easy points over inexperienced opponents.

In early October, when the inquiry was getting started, the White House Counsel sent House members a letter that stated “Given that your inquiry lacks any legitimate constitutional foundation, any pretense of fairness, or even the most elementary due process protections, the Executive Branch cannot be expected to participate in it.”

Based on that opinion, at least 10 officials have refused to testify although they appear to be the very people who could best describe the White House actions toward Ukraine.  Some or all of them could explain if $391 million in military assistance to Ukraine was delayed, and if so, the reasons for the delay.

The President has publicly cited several concerns that may explain his reluctance to send the aid on time to Ukraine, including government corruption in that country, and his claim that other nations have not provided enough support to Ukraine.

Secretary of State Mike Pompeo, Energy Secretary Rick Perry, and White House Chief of Staff Mick Mulvaney are in the best position to explain the President’s concerns to the public and to Congress.

However, these officials and others are not willing to testify, and the Executive Branch is withholding many documents relating to Ukraine that would help explain the actions of the President and others in the administration.

The President is making his strongest political argument against impeachment by asserting that the Congressional process is a “partisan witch hunt”.  However, the Constitution gives the House of Representatives sole power to conduct the impeachment process.

So, while the President may be scoring political points by directing government officials not to testify and by withholding documents, the House Intelligence Committee is hearing from National Security Council staffers, State Department officials, and even a member of Vice-President Pence’s staff.

Despite the White House Counsel’s letter, these officials are testifying to various aspects of the Ukraine situation, and when the threads of their stories are put together, they build a case which the President is not countering or even defending.

If President Trump’s actions toward Ukraine were “perfect”, as he says, or if there are reasonable explanations for what happened, top administration officials and even the President himself should be lining up to testify on Capitol Hill to clear up issues raised by the early testimony.

Again, comparing impeachment to a game of hoops, it’s still in the first half, but so far, with the President’s best players in the locker room, their failure to respond with evidence to counter the Ukraine narrative is putting him way behind on the scoreboard.