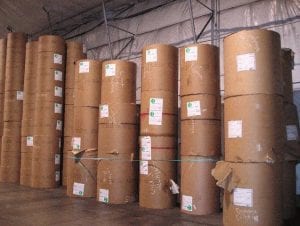 The Department of Commerce (Commerce) on January 9 released a preliminary determination assessing countervailing duties on Canadian imports of uncoated groundwood paper, which includes newsprint, book and directory papers.  The duties correspond with Commerce’s preliminary findings of subsidies provided by the Canadian government to Canadian manufacturers.  The preliminary duties are the following:

U.S. Customs and Border Protection will begin collecting estimated countervailing duties for Canadian newsprint imported on or after approximately January 16. Importers of record will be the parties responsible for paying the duties.  If either Commerce or the U.S. International Trade Commission (ITC) reverses their preliminary rulings in their final determinations later this year, collected duties will be refunded to these importers.

As we have noted before, we expected some level of duties.  While we are disappointed, we have heard that our advocacy made a significant difference in minimizing the levels of duties in this round.  The next round in the “preliminary” stage is for the Department of Commerce to assess “antidumping” duties, which will be announced on or around March 8.  These duties will be on top of the countervailing duties announced last night.

After Commerce completes its preliminary decisions, the ITC will conduct its final investigation in this case later in the Spring and is expected to reach a final determination regarding any injury to the domestic industry by September 2018.  The investigation will include surveys of newsprint customers, filing of briefs and holding a public hearing.  The Alliance will help newspapers navigate this process.

The News Media Alliance will work aggressively to obtain a negative final determination from Commerce and the ITC.  NMA will be reaching out to state press associations in the coming weeks and months to ask for our assistance with the advocacy.  Stay tuned, and thanks for your help to date.