Contest judgings: Round Two; and a couple of tidbits about KPA’s contest for later this year 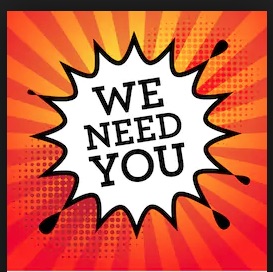 Some of you all helped us judge the Oregon Newspaper Publishers Association News and Advertising contests a couple of months ago. That was reciprocating ONPA for judging KPA’s News Contest last year.

Now we’re on Round Two of needing judges.

The Maine Press Association will be judging our contests later this year (more on that later) but to reciprocate for that round, we’re about to embark on judging the MPA News and Advertising contests. I won’t apologize for loading you up with two judgings in 2019. We didn’t have to judge any contests in 2018 so we’re just catching up.

The MPA entry deadline is this week and the chair of its committee tells me the judging process should begin in about three weeks.

We need 30 News Contest judges and 5 to 10 Ad Contest judges. You won’t be overburdened with categories and you’ll have a couple of weeks to get the process done. And as when Maine judges Kentucky’s later this year, all can be done from the comfort of the office, your living room or den in front a TV. Wherever you can get Internet access to call up the entries for the categories assigned. Probably will take less than a half-day to judge all that you’re assigned.

Don’t send us begging for names. Find two or three staff members, especially ones who will be entering the KPA contests this year, and get them to volunteer.

So it’s more than just exchanging us judging them because they will judge us. It’s a valuable experience for staff members on both sides of the building, and especially young reporters and your ad sales reps who need some fresh ideas.

Just send me an email — dthompson@kypress.com — with:

of everyone who volunteers. And please do so quickly and we won’t keep harassing you on getting us some help.

Now about the KPA Contests:

We’re still working on some tweaks that have to be approved by first by the divisions overseeing the contest. One I mentioned earlier, about the Journalist of the Year.

Another proposal is to allow each person to enter three entries in most every category. Previously, the limit was two but many of you asked that we change that to three. So we’ve heard you and we’re proposing that.

CONTEST DEADLINE — The deadline to have all entries uploaded will be 6 p.m. on Friday, October 18. No excuse. You’ll receive the first contest notification in early August so you’ll have a full two months to get registered, find all the entries for your newspaper and get them uploaded. No excuse for saying you didn’t have enough time unless it’s because you just renewed your membership in the Kentucky Procrastinators Association. And even that won’t get you an extension.

As the 2019 KPA contests develop, we’ll keep you informed and hope you’ll anxiously await for the contest materials to be uploaded and waiting for you to start the process.