From the National Newspaper Association

The Postal Service will raise postage rates on August 29, after the U.S. Court of Appeals for the District of Columbia Circuit denied a petition by National Newspaper Association, News Media Alliance and others to put a hold on it. 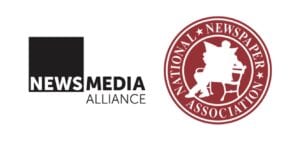 The Court simply issued a statement that the petition was denied, without providing any reasoning for the decision.  NNA and others had argued that the Postal Regulatory Commission’s decision to authorize the increase by USPS was flawed and that the rate increase should be delayed until the Court decides whether the PRC was correct.

NNA argued that the increase would create immediate and irreparable harm to users of the mail.  An affidavit to support the petition by NNA member Multi Media Channels, Milwaukee, provided evidence to the Court on harm to its news coverage.

“This was always the longest of long shots to try to delay the increase,” NNA Chair Brett Wesner, president of Wesner Publications, Cordell, Oklahoma, said. “We felt the impact of a double digit increase between last January’s rate hike and the second one of the year coming this month was overwhelmingly damaging to community newspapers.  So we decided to join in this appeal.  NNA appreciates the support of News Media Alliance and the good work of William Baker of the Potomac Law Group for the skillful handling of our petition.

“But the court rarely issues such stays. This decision does deliver a blow to newspapers that are struggling to stay afloat. It does not diminish the basis of our original lawsuit.  The oral argument on that case will proceed on Sept. 13. We expect a decision by the court by the end of the year. That decision could send the whole matter back to the PRC for reconsideration, and the PRC has the authority to roll back this increase if it so chooses.  Congress also has the authority to take action here. I think our members have led the industry in reaching out to Congress about the financial distress of USPS and the need for postal reform.

“So we continue to push forward.  We understand the Postal Service’s motivation for seeking the maximum rate increase allowed. But we, like a growing group of other stakeholders using this universal service, believe a fundamental reworking of the postal laws is the right way to approach the problem, not putting a huge burden on the backs of small businesses.”