Ryan Craig, center, and his late uncle, Larry, were honored Thursday night in Lexington by being presented the Al Smith Award for outstanding public service through community journalism. The award is given annually by the Institute for Rural Journalism and Community Issues, and the Bluegrass Chapter of the Society of Professional Journalists.

Ryan is shown with, from left, Tom Eblen, the Lexington Herald-Leader and president of the SPJ Bluegrass Chapter; Al Cross, director of the IRJCI; Al Smith, for whom the award is named; and Jennifer Brown, former reporter and editorial page editor of the Kentucky New Era, who presented the award to Ryan. 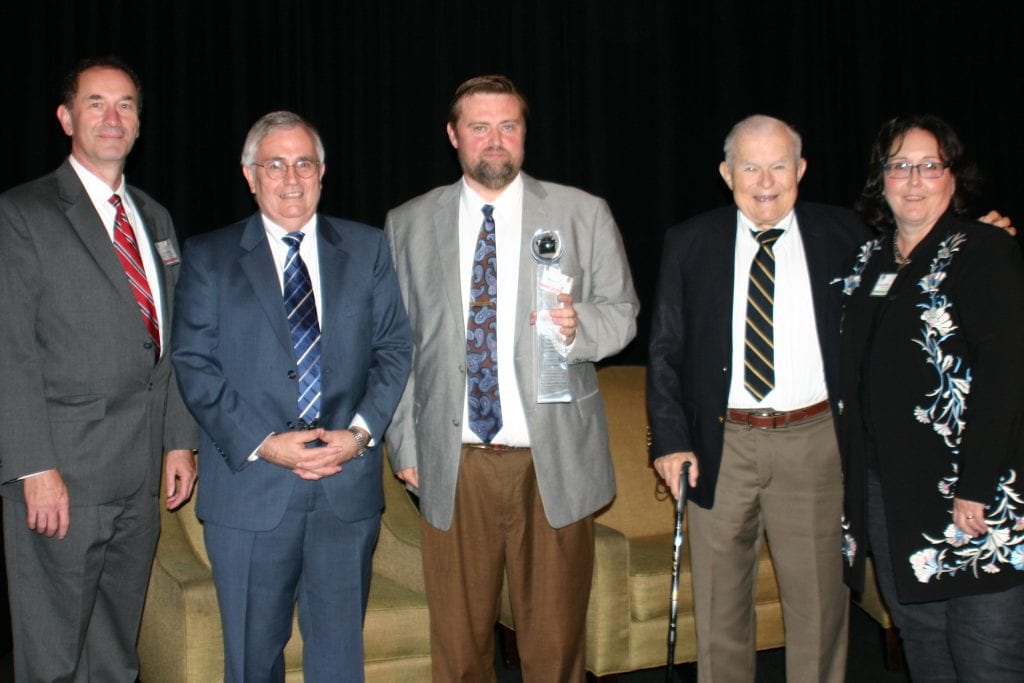